JioMart In Whatsapp: Reliance set to Root JioMart in WhatsApp 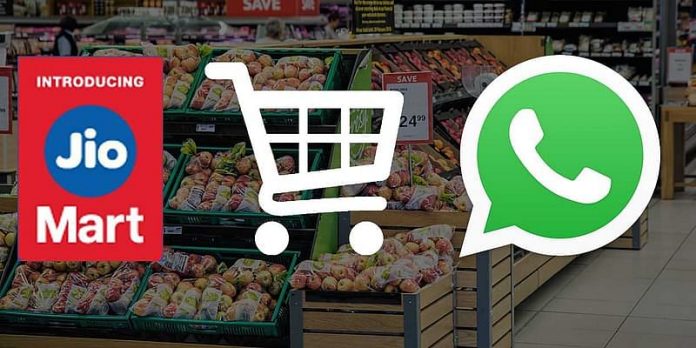 This new initiative was taken by Billionaire Mukesh Ambani, who owns Reliance Retail Ltd. plans to launch its e-commerce platform JioMart in WhatsApp in the time span of six months. Its nearly 400 million users of the popular messaging service will get the opportunity to deliver products directly to their home without having to exit the app, as reported by two of its officials. 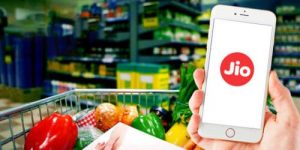 This sudden integration of  JioMart in WhatsApp will allow it to spread all over India, and introduce them to their competitors such as Flipkart and Amazon in the Indian market scene.

Ambani’s efforts are trying to gain him a place in the online retail business with an estimated price of $1.3 trillion by 2025. His motive to gain control of India’s online retail stores, as he has already made Reliance the biggest offline retailer.


JioMart was initially launched in more than 200 cities in the month of May 2019, after a month passed of Reliance Digital signing an agreement to boost the popularity of the online retail site with WhatsApp. In April 2019, Facebook also managed to buy nearly 10% shares of Reliance Industries’ latest digital unit which is Jio Platforms for nearly $5.7 billion.

A WhatsApp spokesperson’s statement regarding this latest development,

“Through our investment with Jio, we’re going to bring millions of small businesses and the customers they serve into the digital economy. This will make it easier for businesses to connect with customers and close sales.”


Local kirana stores are also collaborating with Reliance Retail now. While using the JioMart app, the products can be bought from a nearby kirana store, and this is delivered directly by the kirana shop or by RIL’s Logistics branch Grab, and the kirana store gets commissions for every sale that happens.

WhatsApp’s Business  and Payment have also gained plenty of popularity and are available to nearly 20 million users. These fast-growing platforms are set to provide the boost that Reliance Digital’s JioMart app needs to set rank in the Indian economy.

WhatsApp is one of the most active platforms users use, apart from Instagram and Twitter. The users who...
Technology

WhatsApp is bringing a variety of new highlights and features in its platform; so as to not only...
Technology

Those were the times when Facebook was at the peak when it comes to hacking an account and...
News

JioFiber, an extension of Reliance Jio, is aiming to bring new subscribers in the new financial year to...
News

World's biggest messenger, Whatsapp is known to bring a tonne of updated features now and then. From advanced...
Technology

Google has invested in Jio Platforms some time back and from there on, we knew that they're into...