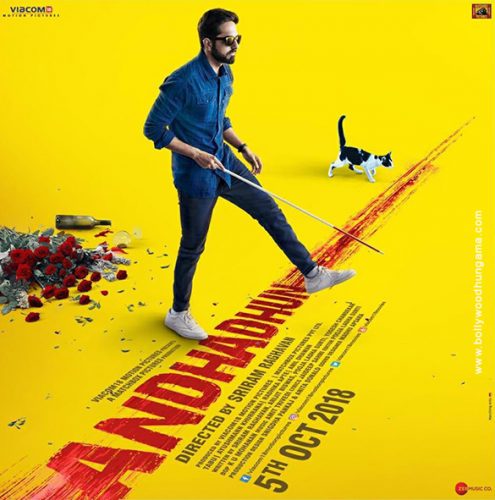 Over the years, Bollywood has made some tremendous growth in its storyline. And has gifted us with some of the best works on the big screen. While there are some movies that are so predictable that you itself feel the need to make amends in their stories, few are there which keeps you stick around your couch thinking about the ending.

Laced with twists on each moment and storyline worth jaw-dropping, here are top 10 Bollywood movies which have the best climax. The movies are ranked in ascending order of the year they were released. 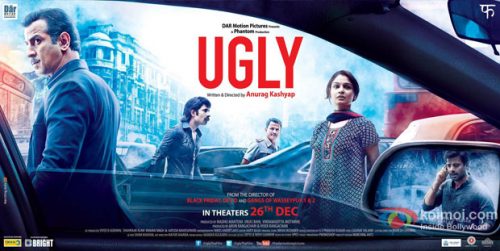 Badla showcases the story of Naina (Taapsee Pannu) who is accused of killing her lover and to save her, a renowned lawyer, Badal Gupta (Amitabh Bachchan) is hired. But the more they try to find the truth, the more convoluted it becomes. One advice: make sure you are miles away from the spoilers because you can’t expect the end to be intensely enthralling.

Andhadhun revolves around a pianist, pretending to be blind, who unwittingly becomes a major witness in a double murder mystery. Whom to share his story, the story follows the untangled and twisty storyline of how the character gets back his life back. Quoted as the “Best Climax Movie  of All Time” yet, the movie still works over the minds of its viewers.

One of the many great works from Anurag Kashyap, Ugly revolves around the story of a young girl kidnapped by some unknown miscreants. His father, a struggling actor, searches down the whole city with her stepfather who is also a city cop. A story of greed, betrayal, and mind-blowing plot reveals and a hair raising ending, Anurag Kashyap does manage to keep up to his name.

A team of undercover officers including late Irrfan Khan as their leader, Arjun Rampal and Huma Qureshi has been assigned by the Indian intelligence to catch the underworld don Iqbal Seth (Daud), played by late Rishi Kapoor on his own grounds, Pakistan. A timely manner catch mission, with no help from their own country, this movie keeps its viewers at their toes till the very end.

Kahaani showcases the story of a pregnant woman who is trying every possible way to find her lost husband in Kolkata. While each clue she clings on points that he might be dead, her hopes and help from a city cop, willing to go any distance, keeps her alive. With brilliant acting from Vidya Balan and one of the best climax of all, this movie has the most unexpected endings of all.

One of the most underrated movies of its time, Manorama Six Feet Under portray the story of a failed writer who is trying to get into detective business to earn back his fame. Chosen an extramarital affair of a minister as his first case, little does our protagonist know that he is also being perceived. A slow-paced movie that seems to connect all at its climax.

15 Park Avenue portrays Meethi (Konkana Sen), a schizophrenia patient who lives with her elder sister Anjali (Shabana Azmi). While both the sibling’s struggles with their own problems, Meethi is desperate to meet her imaginary family living at 15 Park Avenue in Kolkata. Directed by Aparna Sen, the movie still manages to give chills with its ending.

Written by famous crime thriller writer Ram Gopal Verma, ‘Kaun?’ display the story of a loose criminal on a run in an open city. Unknown by the news, one woman (Urmila Matondkar), all alone in her home, hears the doorbell being ringing by a stranger. Also starring Manoj Bajpai and Sushant Singh, the movie is a classic thriller that seems to be way ahead of its release time.

A massive attack is planned against India, which can shake the capital and the whole nation as well. A task force named baby which was created after 2008 Mumbai terror attacks have the responsibility to annihilate the terror group and restore peace. Now, the captain Ajay leads Baby into different situations and they have to be on the edge for the unknown is always coming for them. From terrorist, bombings, ISI leaders posing as commoners to planning an operating mass bombing, Baby has to fight them all and that too before the clock ticks and time is over.

Prakash Rathod is a retired commissioner and unlike his duty days, he’s rather spending his time having fun. Which soon gets disrupted by a bomb threat and that too by a commoner. The movie can take you on a ride and has a sense of mystery which engulfs it from every corner. The acting of Naseeruddin shah as the bad guy is something you’ll end up remembering for your life, he’s that impeccable.

Previous article
TOP 10 Prateek Kuhad Songs You Need To Listen Right Now
Next article
Dil Bechara: The Film With Which Everyone Bid Farewell To SSR
Flickonclick

Shabaash Mithu, one of the most awaited films of 2022, was teased today by Viacom18 Studios. The uplifting...
News