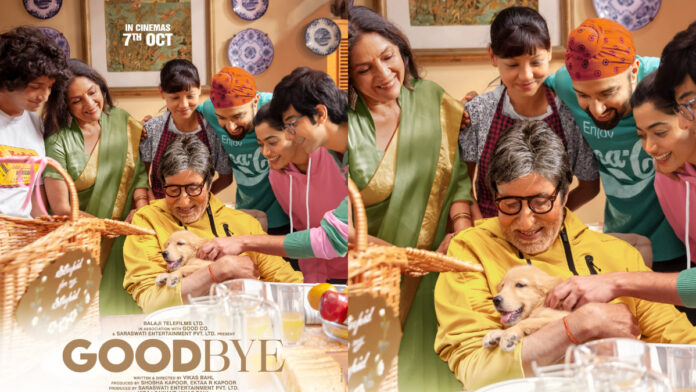 Amitabh Bachchan, Neena Gupta and Rashmika Mandanna starrer Goodbye, an emotional family drama, is set to debut in the theatres on October 14, 2022. The film is highly awaited due to its heartwarming trailer that won everyone’s hearts. The chemistry and dynamics between Amitabh Bachchan and Rashmika Mandanna as father and daughter are something that we just can’t wait to witness. Many of the fans who are waiting for the movie to release are asking whether Goodbye is going to be a hit or flop.

Here we have tried to answer this question by letting you know the first reactions that the celebs are sharing about the Goodbye film. Bollywood celebs have Tweeted their reactions after watching the movie at a special screening. These reactions will definitely give you an idea about what you should expect from the movie and whether Goodbye is going to be a hit or a flop.

Balaji Motion Pictures’ official Twitter handle posted a video in which a few Bollywood celebrities who were present at the first screening of Goodbye recorded their responses. Sohail Khan, Prateek Sehajpal, Gauahar Khan and Tusshar Kapoor all said that they loved the movie and it’s a family drama that delivers relatable slice-of-life content. Also, these celebs praised the performances of the cast and, in particular, of the Bollywood legend Amitabh Bachchan and the debutant in the Hindi film industry, Rashmika Mandanna.

With this, you may have already gotten your answer about whether Goodbye is going to be a hit or flop. The overall air about the movie suggests that it’s a must-watch with your family in the theatres.

The trailer of the film: