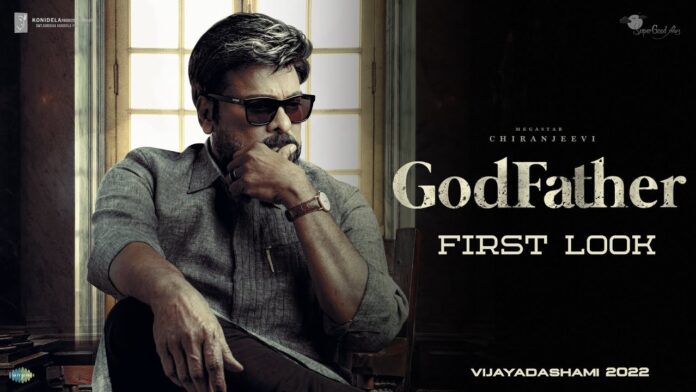 GodFather starring Megastar Chiranjeevi, is a Telugu film that’s releasing in the theatres on 6th October 2022. The movie is an action-packed drama that also features the Bollywood actor Salman Khan in a cameo. Here we have covered the GodFather (2022) Telugu Movie OTT Release Date, OTT Platform, TV Rights and more.

GodFather (2022) is expected to have an OTT release date in November last week. The film has created a lot of buzz and hype, with Salman Khan also coming on board to play the role of Megastar Chiranjeevi’s younger brother in the film The movie also features Nayanthara, Puri Jagannadh and Satyadev Kancharana in the lead roles. GodFather’s OTT rights were in high demand, and the film has said to secure a big deal.

The right for the digital streaming of GodFather (2022) has been bought by the most popular OTT platform Netflix. The high-profile deal between the filmmakers and Netflix resulted in the exchange of Rs 57 Crores. Netflix has bought the rights for the Telugu and Hindi versions of the film. According to the sources, Netflix planned the OTT release date for GodFather (2022) in November last week.

GodFather (2022) is based on a Malayalam movie called Lucifer. It is directed by Mohan Raja, who is handling the screenplay as well. Dialogues for the film are written by Lakshmi Bhupal. Ram Charan, RB Choudary and NV Prasad are producing the movie. Cinematography is handled by Nirav Shah, while music is provided by Thaman S.

Megastar Chiranjeevi is eyeing a big return with this movie as his last film Acharya with Ram Charan, failed miserably at the box office. GodFather (2022) will surely make an impact with its OTT release on Netflix, no matter the box office results.

If you liked our GodFather (2022) Telugu Movies OTT Release Date and Platform post, do check out the OTT release date of other upcoming movies by clicking the tag below.

How to get ZEE5 Free Subscription in 2022? Check out these 4 Ways

ZEE5 has emerged as one of the most sought-after OTT platforms in India. Launched in 2018, the streaming...
Entertainment

Kantara, a Kannada movie has become a sensation in India after its release in the theatres on 30th...
Entertainment

Laal Singh Chaddha is going to release in the theatres on 11th August 2022. However, the fans are...