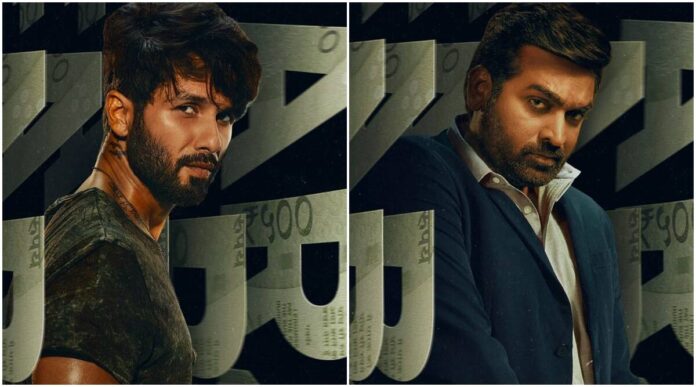 Farzi is an upcoming action thriller web series on Amazon Prime Video. The show stars Shahid Kapoor and Vijay Sethupathi in the main roles. Farzi is created and directed by Raj and DK and who has also co-written it with Sita R Menon and Suman Kumar. Here we have covered everything you need to know about Farzi release date, cast, budget, episodes, story, trailer and more.

Farzi is going to release on Amazon Prime Video on 10th February 2023. A trailer of the awaited action thriller web series was recently released on YouTube, and it has upped the expectations for the combo of Shahid Kapoor and Vijay Sethupathi.

Farzi is reportedly made on a massive budget of Rs 50-70 Crores. Shahid Kapoor, Vijay Sethupathi and Rashii Khanna have charged a considerable amount of fee for their roles in this Amazon Prime Video thriller web series.

Farzi is expected to have 8-10 episodes in total, with the length of each episode varying from 40-60 minutes. The official confirmation of the total number of episodes for the series is yet to come from Amazon Prime Video.

Farzi web series focuses on Sunny, a brilliant small-time artist who is catapulted into the high-stakes world of counterfeiting when he creates the perfect fake currency note, even as Michael, a fiery, unorthodox task force officer, wants to rid the country of the counterfeiting menace. In this thrilling cat-and-mouse race, it will be fun to find out who ultimately comes out on top.

Ved starring Reteish Deshmukh and Genelia Deshmukh released in the theatres on 30th December 2022, and finally, the...
Entertainment

There are many new upcoming movies on Amazon Prime Video in 2023 but we have covered only the...
Entertainment