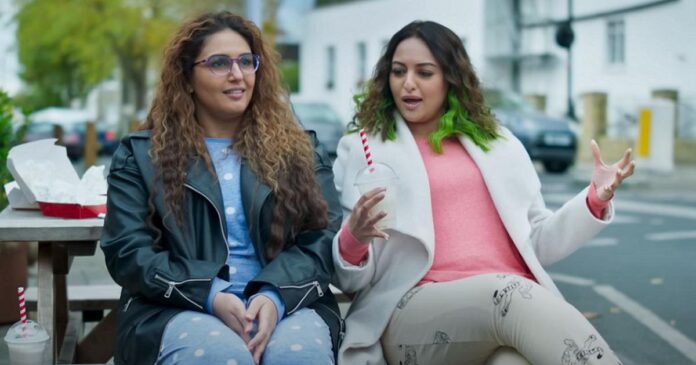 The second-day box office collection of Double XL is going to be just Rs 25 lakhs because the film lacks an established lead and it was produced on a tight budget. The movie did not have as much promotion as the two other films, Phone Bhoot and Mili, which are releasing on the same day. However, this collection of Rs 25 lakhs on the second day for Double XL is actually not that bad, as the movie may earn more in the upcoming days due to being a social comedy.

Double XL is a social comedy, and the viewers have shown positive responses towards the movies belonging to this particular genre in the past few months or so. Nushrratt Bharuccha led Janhit Mein Jaari was also a successful film at the box office despite being championed by Nushrratt alone. It received positive reviews and started to collect more at the box office on the second day. Double XL can follow the same route, and we can see a jump in the collection at this film’s box office from the next day.

Double XL box office collection day 3 is estimated to be around Rs 30 Lakhs. The movie needs more of a boost to cover its budget of Rs 15 Crores. The critics have penned down the film, which has severely hurt its chances of performing well at the box office.

The Kardashian sisters have always astonished everyone with their dressing style and have been the most iconic divas...
Talent

Sanjay Leela Bhansali is, without a doubt, one of Cinema's most recognized directors. The director, renowned for using...