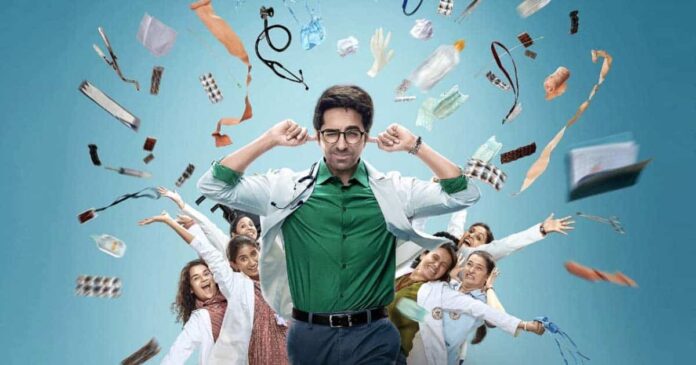 Doctor G starring Ayushmaan Khurrana, Rakul Preet Singh and Shefali Shah, is going to release in the theatres on 14th October, 2022. The movie is a medical comedy-drama that aims to bring a unique setting for comedy in Bollywood. A trailer of the film was recently released, and it was well received by the viewers and critics. Here we have covered Doctor G OTT Release Date, OTT Platform and TV Rights.

The OTT release date of Doctor G is not yet confirmed by the makers of the film. However, we are expecting the movie to release on an OTT platform in November. The producer Junglee Pictures will have the last say about the OTT release date of Doctor G. Generally, a mid-budget film takes about 30 days to be released on the OTT platform. The same can be true about this film as well.

Ayushmann Khurrana is going to play a gynaecologist in this medical comedy. Rakul Preet Singh will also be seen in the role of a doctor. The movie is directed by the debutant filmmaker Anubhuti Kashyap. Amit Trivedi, Sultan Sulemani and Amjad Nadeem Aamir are handling the music in this Bollywood film.

Bookmark this webpage to get the latest updates on Doctor G OTT Release Date, OTT Platform and TV Rights.

Meanwhile, enjoy the trailer of the film:

Despite the tremendous success of Bard of Blood Season 1, fans are now demanding the release of Bard of...
Offers