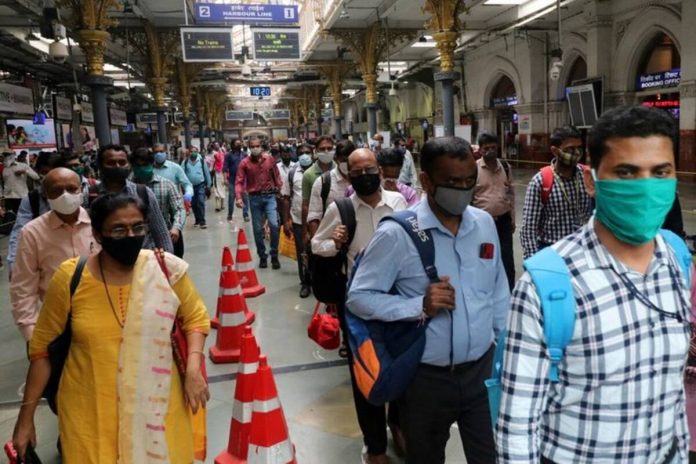 It seems that the trajectory of the COVID-19 cases in India will take time to descend as the second wave of the coronavirus hit India causing a wide spread of infections. Health officials and other government officials are worried that the second wave would turn out to be worse than the first one. Unfortunately, the number of cases crossed over the 1-lakh mark on April 4, and this has become a major concern of the whole nation.

What could possibly be driving the covid-19 second wave?

Major reasons for its continuous drive could be the discovery of the double mutant variation and relaxation in taking necessary precautions. According to the recent reports, it is clear that the number of cases is more than last year. Health Ministry highlighted that the next four weeks, that is, till the end of April, are critical weeks in order to control this virus spread and to carry out a step for putting a full stop to it.

What could possibly be the reason for a surge in cases?

Well, the new double mutant variation has been considered the main reason for the spread of the covid-19 and the second wave. Doctors have also reported a change in the behavior of this new mutant and the way the infection is causing symptoms. Another reason would be taking less precaution when going outdoors, that is, not wearing a proper mask or not maintaining social distancing.

The new mutations including the Brazilian and the Kent variants are said to be stronger and have the capacity to attack your vital organs more profoundly. According to doctors in Gujarat, patients are displaying unusual symptoms of virus-like nausea, vomiting, abdominal pain, and even experiencing cold. The doctors suggest that a person should get tested even if he does not show any signs of obvious symptoms, such as a fever or a cough.

Other symptoms that are taking place in an infected body are joint pain, weakness and loss of appetite, myalgia, and gastrointestinal complications.

Do not dare to ignore gastrointestinal symptoms

The rise in the number of gastrointestinal symptoms is seen in the past recent days. Doctors believe that the virus strongly sticks itself to the high load of ACE2 entry receptors that are present in the digestive system and after that, it releases a set of different symptoms like diarrhea, abdominal cramps, vomiting, pain, and nausea. That is why it is suggested to people that they should be more alert and careful and should also look for the earliest signs of infections in order to prevent its spread inside the body.

Healthier people too are getting infected by this virus

Recently it has been found that younger people are getting caught and getting infected by the coronavirus. So, it was a myth that the virus is getting nowhere close to younger people and they will remain safe, but many are landing up in the hospitals.

Also, it was found earlier that some people have fallen prey to complications like bilateral pneumonia, which could turn out the possibility of being a COVID patient. Earlier it was believed that the virus won’t infect children at all, but this belief turned out to be false and now children are also suffering from bad implications. Problems like MIS-C (Multi Systematic Inflammatory Syndrome) are seen in children.

How to prevent the virus?

Vaccines are doing their job but that doesn’t mean you can roam around the world without a mask. Still, it is important for you to wear a tight-fitting mask and maintain social distancing. The new mutant is a major concern for the nation and it in our hands to control the spread of this virus or to annihilate it. Remember to wash your hands regularly and sanitize frequently after touching surfaces.