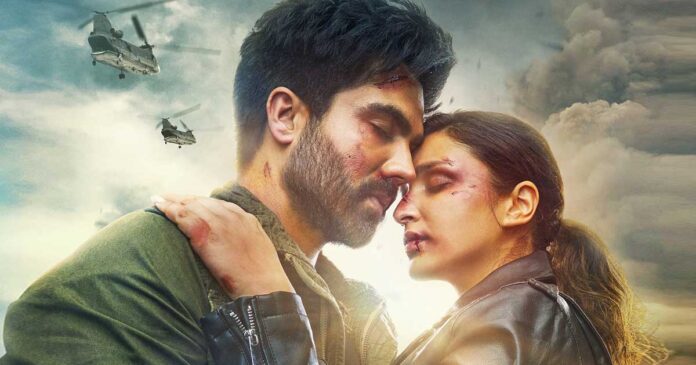 Code Name: Tiranga Review: Parineeti Chopra excels in this action-thriller that also depends on love to highlight the intensity of the actions and their reactions. It’s more of a character and emotion-driven film than the storyline. The actors involved have done a fantastic job to up the level of the plot despite the writing suffering from a few cliches.

Code Name: Tiranga Story: A R&AW agent Durga (Parineeti Chopra) is tasked with apprehending the terror threat Khalid Omar (Sharad Kelkar) who attacked the Indian parliament in 2022. She uses the cover name Ismat and fakes a bond with Mirza (Harrdy Sandhu) in order to reach her goal. However, even before she could realise she ends up falling for Mirza for real and ultimately have to choose between the nation and love.

Parineeti Chopra is back with a bang after being absent for more than a year on the big screen. She had earlier proved with the film Saina that she is capable of spearheading a film on her own. The actress shines with her performance in this action-thriller as well. She is what you call a leader of sorts in this film. Her character is what drives the plot of Ribhu Dasgupta’s directorial.

Harrdy Sandhu who made a fine debut with 83 again proves that he is here to stay for a long time. Sandhu aces his role and comes out as more human and relatable than anyone else in this high-octane spy thriller.

Sharad Kelkar is without a doubt one of the strongest points in the movie. His flawless act as the villain makes the dynamic between the protagonist and antagonist makes pretty interesting. Dibyendu Bhattacharya is one of those actors who does not disappoint with his skills. He also leaves a fine impression on the viewers.

The story of the film progresses at a fine pace but it does suffer from a few cliches that have long plagued the world of women-driven Hindi action movies in India. Even then the movie stays relevant and becomes one of the best spy thrillers with great performances and a fine screenplay.

Previous article10 Movies to Watch With Parents to Convince them for Your Love Marriage
Next articleNever Have I Ever Rules: Here’s How to Play the Fun Drinking Game
Virat Verma

On the 12th of August, 2021, the much-anticipated biopic  'Shershaah' on late army officer Vikram Batra was released...