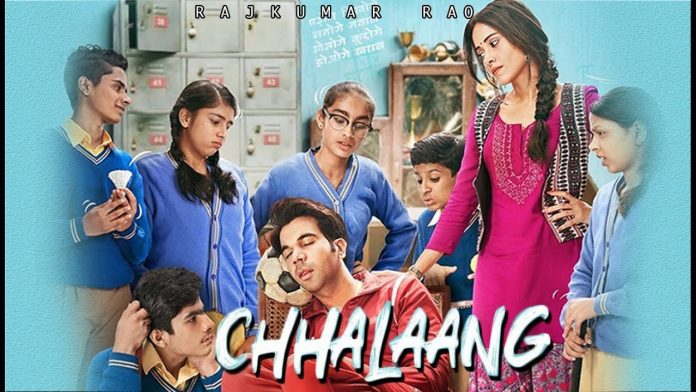 Chhalaang is a movie that is based on the life of a sports teacher and his itch to prove himself in the world which sees him as a loser. After giving us the 1992 Scam, Hansal Mehta is back with another one from his box.

The direction and acting are a great fit but somewhere we see the gist of the same old plot, which gets a little Clichéd. But despite that, Chhalaang is getting great reviews and it seems like the actors did a pretty tremendous job with their skills, for people to like the movie quite a much. 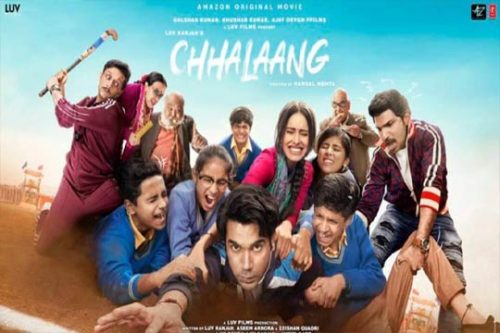 Moving on, Chhalaang is about a sports teacher Montu who falls in love with Neelu, a new teacher who has arrived on his school campus. But he gets strong opposition and well! in a sense competition from another one of the new hires, Singh. Who is also a sports teacher and makes sure to show Montu his place, which is beneath him in terms of sports knowledge.

Now, Montu usually being the goofy himself cannot take this anymore and decides to rise up to the occasion. Upon which he gathers a team of nerds, who have not that much interest in sports for they were the only ones who would rather go with him than Singh and starts training them for athletic competition.

The results of the completion should remain a secret and you need to watch in order to know what happens next. Also, the cast did a pretty amazing job and you’ll feel in touch with the characters for sure.

Some of the notable mentions go to Satish Kaushik, Saurabh Shukla, Ila Arun, Jatin Sarna, Baljinder Kaur, and Naman Jain for their amazing acting roles. Chhalaang is out on Amazon Prime Video, if you haven’t watched it yet go and do that now.