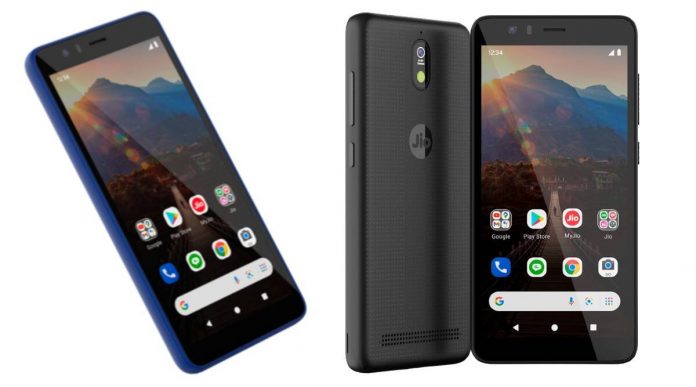 The much-anticipated ‘JioPhone Next’ is set to debut in India on September 10th with estimated price at Rs 3,499, according to Reliance Jio. Reliance Jio collaborated with Google on the phone’s development. In June, the JioPhone Next was unveiled during Reliance Industries’ 44th Annual General Meeting (AGM). Android 11 is expected to be installed on the phone (Go edition).

Despite the fact that the firm has not released any details regarding this smartphone, we learned about it from a leaked report.

Yogesh, a tipster on Twitter, has now leaked the price and specifications ahead of its release. According to the source, the JioPhone Next would be priced at Rs 3,499 and will be powered by Qualcomm’s entry-level Snapdragon 215 processor.

Price of JioPhone Next in India (expected)

The smartphone will be the world’s most cheapest 4G smartphone, according to Mukesh Ambani, chairman of Reliance Industries. The insider further claims that the JioPhone Next price will be around Rs 3,499.

On the eve of Ganesh Chaturthi, September 10th, it will be available for purchase in India.

Features of JioPhone Next (expected)

With broad top and bottom bezels, the phone will have a basic design. The back panel is made of polycarbonate and features a pill-shaped camera module and an LED flash. A Jio logo and a speaker grille will be on the back panel. A 3.5mm audio jack may also be included in the smartphone.

Prior to this leak, XDA Developers Editor-in-Chief Mishaal Rahman recently highlighted certain features and the boot animation of JioPhone Next.

According to Rahman, the phone will come pre-installed with DuoGo and Google Camera Go, as well as Bluetooth v4.2, GPS connectivity, and 1080p video capture.

Previous article
Now you can book your Covid Vaccination slots via WhatsApp. Here’s how you can do that
Next article
How Do Senior Citizens choose a suitable health insurance plan?
Flickonclick

Nokia's much-awaited flagship smartphone Nokia 5.3 has now been listed on the official website which indicates that the...
News

Samsung is on a roll after the launch of its first edition of the M and A series...
Offers

Reliance Jio has begun prodding a bundle offer under which it'll incorporate a Disney+ Hotstar VIP membership for...
News

Jio by Reliance involves itself into community service and CSR. Given the current scenario of Corona virus pandemic,...
Technology

Motorola Moto E32s with a starting price of ₹9,299 has been launched in India through the e-commerce platform...
News

Noise has made its significant place in wireless earbuds market with Noise shot Neo and is now back...