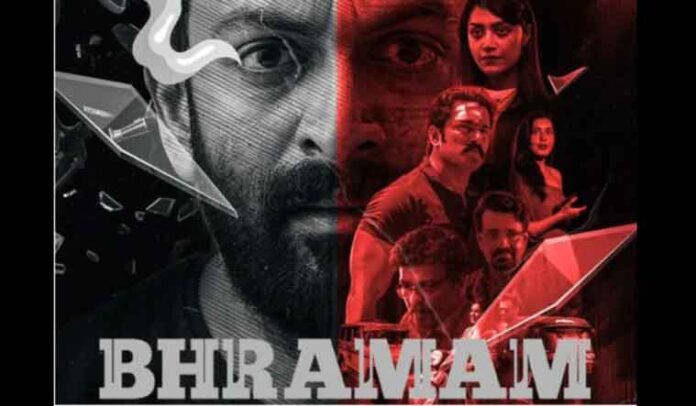 It is always difficult for a remake to measure up to the hype set by the original film, especially when the latter is as well-received as Andhadhun (2018). It is much more difficult when the picture has already been produced in one language Maestro (2021) in Telugu and most viewers are familiar of the plot’s unexpected twists and turns in the tail. Scroll down to read Bhramam movie reviews.

Andhadhun, directed by Sriram Raghavan and featuring Ayushmann Khurrana, Tabu, and Radhika Apte, got everybody sit up and pay attention of him in 2018. Andhadhun became a success due to its unique storyline and numerous plot unexpected twists. Three years later, the regional film industry sought to offer its public a flavor of Andhadhun, therefore remakes were announced.

Shankar plays an elderly celebrity named Uday Kumar, who enjoys re-watching his previous films and lamenting his lost popularity. Simi (Mamta Mohandas) portrays his much younger partner, Simi, who aspires to be an artist. The movie is about what occurs when these personalities meet contact and there is a murder that renders everybody a culprit.

In contrast to Maestro (2021), which suffered from a lack portrayals, Bhramam excels on the performance front owing to the solid work of the primary characters. Andhadhun (2018) was a genuinely gloomy film with hilarity produced from the most unanticipated settings, and the outcome played really well for it.

Bhramam, on the other side, doesn’t stop back and plays out like a mystery masquerading as a comedy. The effort to commercialise Bhramam would succeed for individuals who haven’t seen the original, but it’s a disappointment for others. Ravi K Chandran, on the other hand, guarantees that there are no lulls in Bhramam and keeping the spectator interested for the most part by pursuing a more corporate path and making the events pacier. 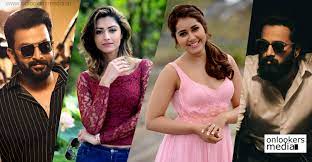 In terms of plot, Prithviraj gives yet another stunning performance. He impresses as a blind musician and skillfully shows his helplessness as he becomes entangled in a tangle. Mamta Mohandas was an unusual pick for the character originally played by Tabu, but the shift works as she makes a good impression in a negative role.

Bhramam is the type of film that doesn’t demand its star to be morally upright, and Prithviraj appears to have enjoyed portraying such a role. It’s also nice to see Mamta play a nasty character, which she isn’t known for in mainstream cinema. Raashi Khanna plays a nice role.

Bhramam is unquestionably superior to the Telugu remake. But when compared to Andhadhun, it’s a worthless duplicate that adds nothing unique. Its tiny modifications have little influence. It will only work if you haven’t seen the real version.

HOT! Nora Fatehi Drops a Sizzling Video in Sexy Outfit on the Internet

Nora Fatehi, the hot and sexy Canadian actress and dancer, recently dropped a video of her on the...
Offers

Domestic travel has gotten quite expensive after the pandemic, and people who want to go on a vacation...
Technology

Instagram is a leading social media platform. The pandemic has pushed its success rate many bars higher and...
Entertainment

Doctor G starring Ayushmann Khurrana in the lead has collected Rs 3.25 Crores from its Hindi version in...
News

Indian Railways set yet another great record.  The train service has been named SheshNaag which is about 2.8...
News

Elon Musk, the new owner of Twitter, has announced that the blue tick or the verification badge on...
Entertainment

Thank God box office collection day is estimated to be around Rs 10- 12 Crores due to the...
Lifestyle

Bridal Mehndi Designs for This Wedding Season: Bridal mehndi designs are the most elaborate and definitely the most...