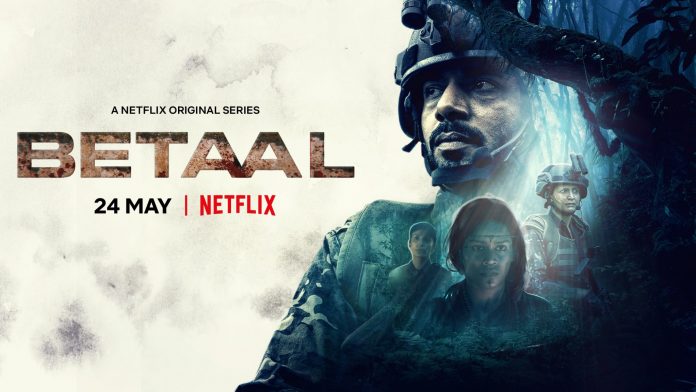 Betaal Review: Recently, Netflix Originals brought one of the most controversial series ever made. The series is called “Betaal” which portrays Shahrukh Khan as an uncredited producer. And soon the series aired, it became a disaster more for Netflix and Shahrukh Khan’s production company Red Chillies. 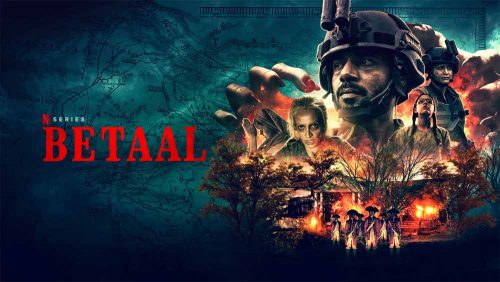 The show brings you in-depth (with a sarcastic note) knowledge of zombies. Betaal is a great way of looking at how cinema production wants to bring out the horror to the Indian viewers in 2020. And Betaal is unable to do so. Betaal brings you the unwanted combination of zombie horror and Indian cliche ideas.

The show begins with the story of a central India village where contractors are planning a tunnel under the rigorous mountains. Coinciding with a real movie start, everything is set up. The machinery is brought, the pandit is here for the “Mahurat Puja” and the owners are here with the baton of their big bucks.

Soon enough, the site is surrounded by the villagers who want the shiny boot owners to leave the site. Upon asking, they telltale about the dead and evil curse sleeping in the bed of the mountains. As usual, the modern crowd ignore the very fact and move on. But when they are ramped up by fellow villagers, they have to take ground measures.

Now comes the Counter Insurgency Police Department. Amid the conditions of disapproval, the countrymen are tagged “Naxals” to be paved away. That brings the swat team headed by the Commandant Tyagi (Suchitra Pillai, from Karkash). Behind her is second-in-command Vikram Sirohi (Vineet Kumar, from Mukkabaaz).

Also, deputy commandant Ahluwalia (Aahana Kumra) and the remaining team clear out the way for the workers only to push them off into a bigger pit. This is where the counter-insurgents encounter an undead East Indian Company regiment and form an army of the dead.

These soldiers were buried deep down under the mountains long ago. And now they hunt with their long-lost lust for war. These zombies run, eat, fire guns, strategize, and do everything else that could take your belief from the actual zombies. It looks like Betaal has taken the classic delivery of horror and thrill of a zombie attack.

In one scene you can see a character yelling, “This for Jallianwala Bagh Massacre,” while bursting out the ammo on the already-dead British soldiers. The show is divided into 4 episodes of 45-49 minutes of each. And in these episodes, you can count all the hysteric scenes of the entire show.

There is a scene where a character’s hair color is completely changed to white. And the writers could come up with the best excuse, “It could have been the shock”. So it is a little hard to find whether the tone was to be kept serious or it was a big failure in trying to get it.

As Betaal delivers the story of a single night, the introduction and the plot building of each character lacks out. Though some scene show positive response for Tyagi and Sirohi’s relationship of rude and vulgar and evolving to co-operation and trust, surely lacks the timing.

This short amount of time has toiled good characters. The major example is Vivek a.k.a Sirohi. A good actor like him could have gone better if provided with the free space. But with limited access to the story, his character struggles to portray the truth himself.

In a nutshell, the introduction of the story is great but as the show moves forward, the plot is twisted and tangled that could cause friction to viewers. Subsequently, it is a major loophole that has caused Netflix to add the show in the previous horror fails including Ghoul and Mrs. Serial killer.

Netflix is coming up with new shows and movies and latest one is Ludo, Netflix has made many...
Offers

It takes a lot of effort to make a movie or a web series based on historical events...