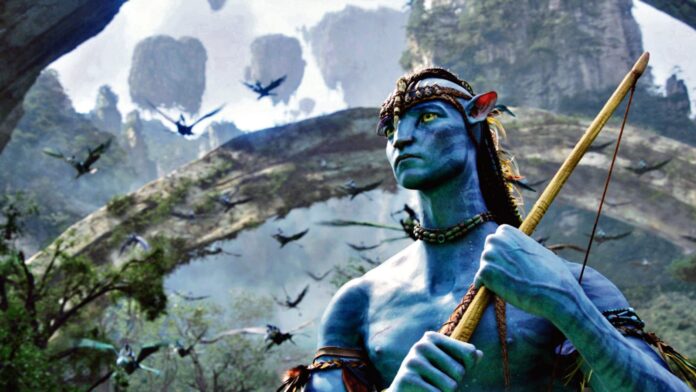 Avatar 2 Review: James Cameron’s directorial Avatar: The Way of Water is a cinematic masterpiece that justifies the amount of money spent on its filmmaking. It’s probably the most beautiful film you will ever watch until Avatar 3 passes it with a grand magnitude. The Sci-fi epic adventure movie Avatar 2 has perfected everything and delivers to the expectations of the audience.

Avatar 2 Story: “Avatar: The Way of Water” opens with the story of the Sully family (Jake, Neytiri, and their children), the trouble that follows them, the lengths they go to keep each other safe, the battles they fight to stay alive, and the tragedies they experience. This story is set more than ten years after the events of the first movie.

Avatar 2 Review: The Way of Water is an Immersive Experience

Avatar 2 is a stunning visual experience that no one should miss out on. A movie more beautiful and captivating than this has not yet been made in any film industry in the world. It tops the chart for all the Sci-Fi movies released till now in the history of cinema. The movie is a masterpiece when it comes to camera work and using high-tech scientific tools to create extraordinary breathtaking scenes.

A few critics are calling the movie not dramatic enough but let me tell you Avatar 2 is a film that does not need a story to drive its success. It’s a cinematic masterpiece that’s meant to be watched in the theatres. Personally, I also loved the story and the direction the movie has taken to set up the upcoming parts of the film. Even if you are one of those who don’t happen to find the story dramatic enough you will have nothing to say about the brilliance of this Sci-Fi epic.

James Cameron has once again proved that he is rated as the most brilliant filmmaker in the film industry. Avatar 2 has certainly topped the original Avatar in all dimensions and aspects. It’s a work of a genius director who has given his life and soul to this franchise. Believe me, you will regret it if you don’t watch this film in the theatres.

Sam Worthington, Zoe Saldana, Kate Winslet, Stephen Lang, Joel David Moore and Sigourney Weaver are the pick of actors for me in this film. However, everyone has done a remarkable job and you won’t be able to find a flaw in character development in this epic Sci-Fi saga.

Avatar 2 Review Bottomline: A visual masterpiece that deserves to be watched in 3D in the theatres.

Varisu was released in the theatres on 11 January 2023, and the movie has been praised for its...
Entertainment

Avatar 2 was released in India and USA on 16th December 2022 and the movie is taking the...
Entertainment

'Sandeep aur Pinky Faraar' is a story that'll take you to two different worlds in the watch time...