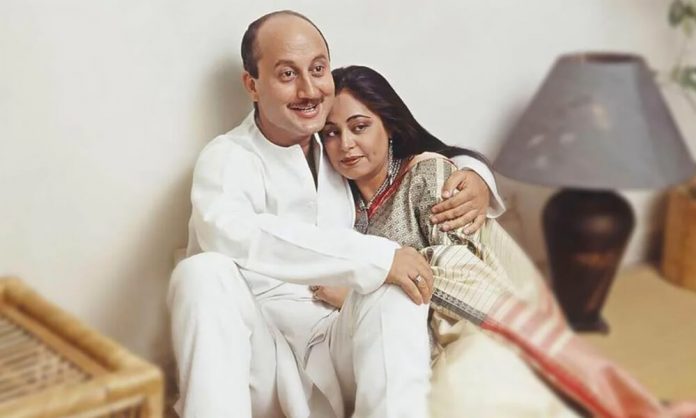 Recently, in April of 2021, it was revealed by Anupam Kher himself that Kirron Kher has been diagnosed with multiple myeloma, a type of blood cancer. He also revealed that the couple has been going under therapy and that Kirron has been in good hands in terms of the treatment itself. 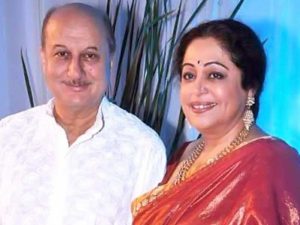 Now, in a current interview with E Times, he commented on the current situation and told the reporters that Kirron is doing fine and that she’s is on Chemotherapy as of now. Being a cancer patient can be hard and especially in the times of Corona, it makes it even harder.

He mentioned ” Kirron’s health is improving. It’s a tough treatment. She often says that the lockdown and COVID situation have made things difficult.

He continued with ” Patients going through this treatment need something to distract themselves. She can’t go out or meet people, but the good part is that Kirron is on her way to better health. She is holding up fine.”

At last, he added “There are days when she is positive and then there are days when the chemotherapy impacts her state in many ways. We are all trying our best and she is doing it, too. The doctors do their job, but you have to keep your mental state strong to get past such a difficult treatment. She’s making every effort towards that, and so are we”

Now, Kirron Kher is known more for her well-to-do nature and kindness, which is the reason behind everyone wishing her a speedy recovery. But obviously, it’s tough and something that’ll take time.

Moreover, Anupam Kher also mentioned that Robert De Niro, who can be called legend when talking about the Hollywood and cinema industry keeps on checking over Kirron’s health and it feels good to have such support.

To tell you the truth, Anupam Kher and De Niro have worked together in a movie called Silver Linings Playbook, which was released in 2012. Since then both the actors have been keeping in touch.

Anupam Kher told the reporters that he contacted De Niro over his recent ad with Roger Federer and in response, all he wanted to know was how Kirron was holding up. It’s nice to view such genuine care and respect between people of such stature and we love to share stories like that. Share it and spread the positivity and love that’s floating around.