8 High rated movies in 2022 to watch on weekends 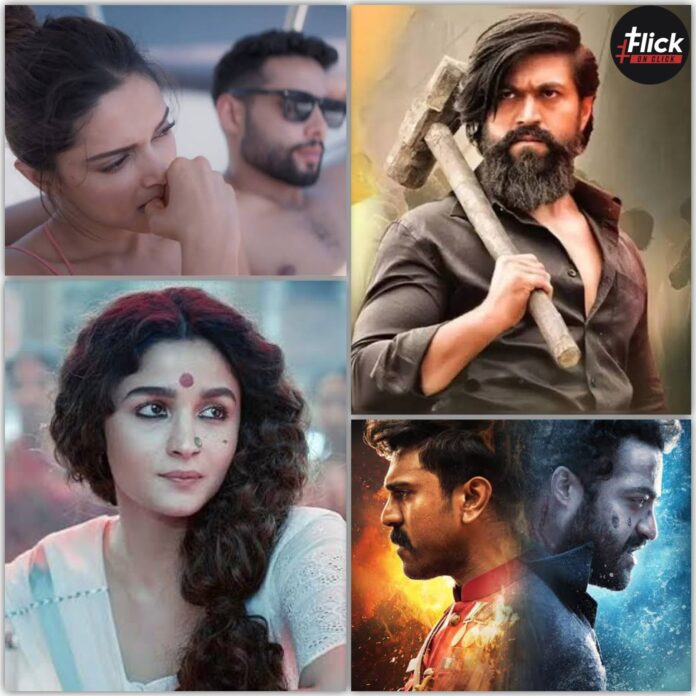 It’s just a few months into 2022, and there is a slew of high rated movies to enjoy! And they aren’t only coming from Hollywood film studios. Additionally, Bollywood is back at full strength, with a slew of new blockbusters to look forward to eventually this year.


As is customary, there is a wide range of genres on the table. In fact, there are unorthodox badass female narratives, family-friendly comedies, serious action thrillers, and huge period pieces.

So, make some popcorn, sit back down, and enjoy these wonderful Bollywood high rated movies in 2022.

The film is a semi-biographical melodrama based primarily on Ganga Harjivandas Kathiawadi, whose career was chronicled in S. Hussain Zaidi’s novel Mafia Queens of Mumbai. Ganga (Alia Bhatt) is a beautiful woman in the movie who begins as a brothel girl and rises to become a strong underworld figure. There is also a fascinating dispute around the picture, which is nearly always a good incentive to watch.

Naina, a primary school teacher, assassinates 16 children and issues a set of requests that shook the entire country. A Thursday, performed by Yami Gautam, is one of the year’s most compelling thrillers. However, The film, produced by Behzad Khambata, features Yami Gautam, Atul Kulkarni, and Neha Dhupia as the main character of the movie.

RRR broke numerous blockbusters records, becoming one of the best high rated Indian movies. The fictional historical action thriller set in the 1920s centers around two renowned revolutionaries who are separated from their hometown and how they decide to fight for their nation.   RRR was aired in ten languages, including Tamil, Telugu, Malayalam, Kannada, and Hindi, and represents Bhatt’s Telugu premiere. The box office figures already show that it is one of the greatest high rated movies of 2022.

Picking up where the first chapter left off, Prashanth Neel’s film is just another smashing success at the blockbuster. Rocky, the new ruler of the blood-soaked region of Kolar Gold Mines, is beloved by his people and despised by his adversaries. For the state, he is a threat, for his countrymen, he is a hero, and his opponents are waiting for the opportune moment to exact retribution.

The film, produced by Harshvardhan Kulkarni and featuring Bhumi Pednekar and Rajkummar Rao, is a successor to the National Award-winning smash Badhaai Ho. The film is focused on the topic of a lavender wedding, in which a gay man and a lesbian marry to appease their families instead of going out.

Alisha (Deepika Padukone) is a 30 years old beautiful yoga studio entrepreneur who has been in a relatively similar acceptable six-year relationship and whose efforts to secure finance for a yoga fitness software have failed. Things have come to a halt, and it appears that both her romantic life and her job are on hold. But when her cousin Tia and her fiancé Zain visit her, she gets stimulated…especially when she connects with Zain.

Anupam Kher, Pallavi Joshi, Mithun Chakraborty, Darshan Kumaar, Puneet Issar, and others star in one of the high rated movies. Hence, The Kashmir files, which is based on the migration of Kashmiri Pandits in 1990. Also, Vivek Agnihotri’s production is one of the year as well most talked-about films and will give you butterflies.

Abhishek Bachchan, Yami Gautam, and Nimrat Kaur’s beginning picture, which relates to the narrative of an illiterate politician who aspires to pass the class 10th exam while imprisoned. Moreover, it’s now one of the best blockbusters of 2022. As a result the movie, directed by Tushar Jalota, was aired on Netflix on April 7th.


Read More: 10 Worst Bollywood Movies You have to Watch at Least Once

Finding one of the great Investigation movies can be more difficult than it appears, in part because the...