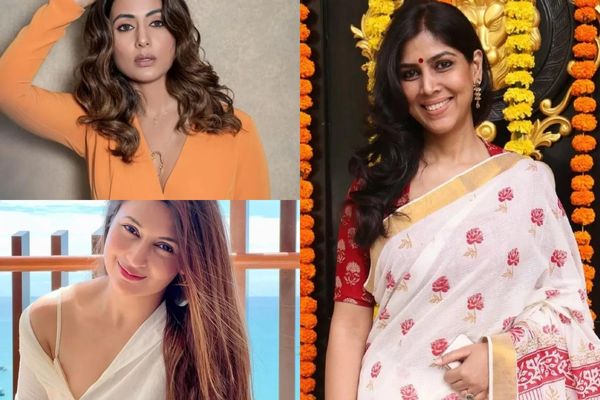 Bollywood actors earn loads of money, fame and popularity with just a single movie. They come on our screens for just about two hours and take a bag full of cash for that. Their astronomical salary often surprises us. However, what we are going to discuss is gonna surprise you even more. In this glamorous world of showbiz, there are a few TV actors who earn quite a handsome amount of money for being regular on our TV screens. These television drama actors take a hefty amount as payment for their services. A few certain TV celebrities have salaries which are even more than the remuneration of Bollywood actors. These reality show actors have worked for quite a long time and gained immense popularity with their relatable roles to get paid with a ton of cash.

Here are 8 famous TV actors who earn more than the popular Bollywood actors:

Rupali Ganguly is one of the highest-paid TV actors currently working in the show business. She shot to fame with her portrayal of Monisha Sarabhai in the hit comedy show Sarabhai vs Sarabhai. Since then, she has worked in television dramas like Baa Bahoo Aur Baby and Parvarrish- Kuch Khattee Kuch Meethi. Rupali is playing the titular role of the popular TV show Anupamaa at the moment. She is a household favourite who charged a whopping Rs 3 lakh per episode. Rupali’s net worth is estimated to be around $5 million. Her remuneration makes her one of the top actresses on the small screen and puts the salary of a few Bollywood actors to shame. The Ishq Ka Rang Safed actor is loved by the audiences for his popular heartwarming character. He started his television journey with Pyaar Vyaar in 2005. His breakthrough role came with Laagi Tujhse Lagan, in which he played Datta Bhau. He has also worked in a couple of Bollywood films, but the real success follows him on the small screen. Mishal Raheja charges a hefty Rs 1.6 lakh per episode of a TV show. Sakshi Tanwar is a veteran and popular TV actress who was recently seen in the critically appraised film Mai. Sakshi is a household name which has grown over us with her poignant and nuances performances over the years in various dramas. Her roles in Kahaani Ghar Ghar Ki and Bade Achee Lagte Hain have been adored by the fans. She was part of the popular film Dangal which shattered many box office records. Her versatility makes her one of the top 10 TV actresses. She charges a grand sum of Rs 1.25 lakh to Rs 1.50 lakh per episode. We all have seen CID and know that ACP Pardyuman is one of the most intelligent characters ever on Indian television. Shivaji Satam’s iconic portrayal in CID has made him one of the biggest stars in the television industry. He is one of those TV actors who has been respected by the Bollywood veterans as well. He was written off from CID but made his return to the show after fans demanded him back. Shivaji Satam charges a solid amount of Rs 1 lakh per episode. Another TV actor who has a huge fan following is Karan Patel. He has appeared in many reality shows throughout his illustrious career. The TV actor is also known for excelling in emotional dramas. He started his TV career with Kahaani Ghar Ghar Ki and found the fame he deserved with his role of Raman Bhalla in Yeh Hai Mohabbatein. He brings home a handsome amount of Rs 1 lakh per episode. The co-star of Karan Patel in Yeh Hai Mohabbatein, Divyanka Tripathi, is loved by the fans for her touching role in the show. She debuted in the show world with dramas for Doordarshan. Her dual roles in Banoo Mein Teri Dulhan found her the fame and popularity she rightly deserves. She has various telly awards for her acting in television dramas. Divyanka makes Rs 80k to 85k per episode. The bold actress rose to fame with her participation in the TV reality show Bigg Boss. Her role as Akshara in Yeh Rishta Kya Kehlata Hai has made her known all over India. Hina has playing Komolika in Kasautii Zindagii Kay, a show which has generated great TRP over the years. She recently walked on the red carpet at the 75th Cannes Film Festival. She is one of the highest-paid TV actors who makes Rs 1.5 lakh to 2 lakh per episode. Last but not least is the beautiful Krystal D’ Souza, who has made a name for herself with hit television shows. Her iconic role in Ek Hazaaron Mein Meri Behna Hai made her a household name. Since then, she has worked for various shows and appeared in reality dramas over the years. Krystal is one of the highest-paid TV actors who makes Rs 60,000 per episode. Previous article
10 Bollywood Movies that will Awaken the Traveller in You
Next article
Ponniyin Selvan: 1 OTT Platform, Release Date, Where to Watch, TV Rights and More
Virat Verma

Flipkart is following in the steps of one of its biggest competitors, Amazon, and the e-commerce gaint is...
Entertainment

Bollywood and Hollywood celebrities always appear to be flawless characters walking among the likes of us with unusual...
Technology