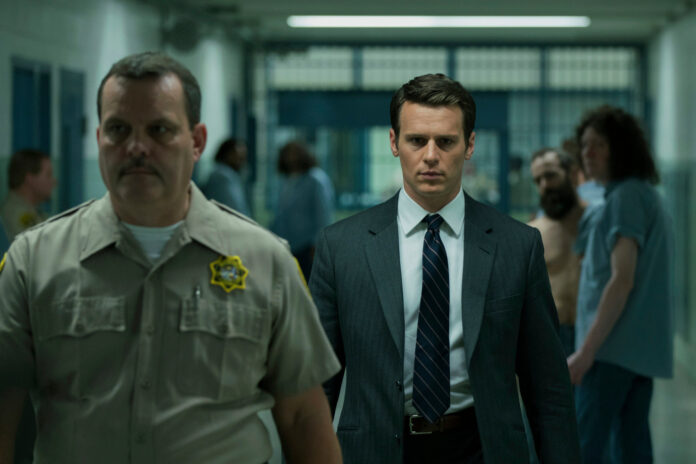 Indian web series are getting repetitive in nature with most of them now focusing on violence and other hit formulas. This has made all of us now bored with the simpleton nature of these Hindi series. Now, we believe you also need something new and exciting to watch but only in Hindi. Here we have listed some of the best Hindi dubbed web series from Hollywood filmmakers that you will certainly enjoy watching if you are looking for something fresh and exciting to watch. Well without further adieu let’s dive right in.

An FBI agent teams up with another agent of the Behavioral Science Unit to understand the psyche of the serial killers. It is based on a book written by a former FBI agent. The bone-chilling interviews of the agents with the serial killers will certainly startle you. The striking details that the criminals reveal are not meant for weak-hearted people. It’s one of the best Hindi dubbed web series from Hollywood that I have watched online. You can stream this web series for free on various websites like HD Europix, F Movies and more.

The Boys is an Amazon Original web series that is now streaming in Hindi as well. However, you don’t need to spend a lavish amount to watch the Hindi dubbed version of this Hollywood superhero web series as it is available on various online websites for free. The Boys is about an evil superhero organisation that aims to take control of the world.

If you are someone who thrives on watching something gruesome on your screen then this Hindi-dubbed web series is made for you. The show is about an insane festival in which all crimes are allowed for a period of 24 hours.

Another Amazon Original that we loved and believe that everyone should at least watch once Nine Perfect Strangers is perfect for those who love slow-burning mysteries and dramas. The show stars the famous Hollywood actress Nicole Kidman in the lead. It follows nine strangers at a mysterious wellness resort. Definitely, one of the best Hindi dubbed web series from Hollywood.

This is one of the top-rated mystery thrillers to watch in Hindi for free online. The series follows two couples whose lives become intertwined after they get entangled in a messy affair. Those who prefer watching dramas with themes of love, suspense and betrayal will love streaming this online for free.

If you are someone who can’t stay committed for many seasons to a web series and want to watch something that quickly wraps up the whole story without leaving too much for the other episodes to follow then you will love this series. Black Mirror follows the lives of humans in a dystopian future where technology has almost taken over. It’s one of the most interesting Hindi dubbed web series to watch online for free.

This recently released Hindi dubbed web series has an exciting plot that deals with 10 people who wakes up on a strange island with no memories of their past. They must have to deal with all the problems for their survival in this enigmatic drama. It’s one of my favourite Hindi dubbed web series to watch online from Hollywood for free.

With very few characters, this show weaves an intriguing plot that will startle you with its elements of surprise. Criminal is a show in which people are interrogated to find out why they have committed a crime or what they are hiding.

Altered Carbon is one of the best Hindi dubbed web series from Hollywood to watch online for free. The series is a sci-fi drama that follows a man who is woken by an industry Titan after 250 years of his death to find out his own murderer.

Indian content makers have produced some incredible, engaging, and riveting works that are gaining steam across India. Indian...
Entertainment

Panchayat season 2 not only surpassed fans' hopes but also provided some surprising meme material along the road....