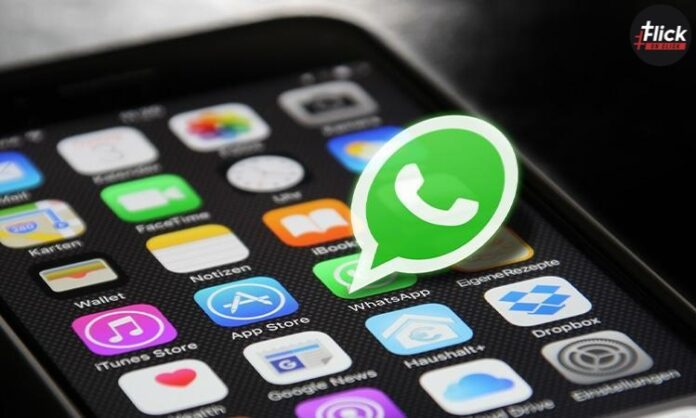 The “media visibility” option for vanishing chats on WhatsApp for Android users is now likely to be turned off permanently. Which will enable users to discover media in their phone’s album. According to new WhatsApp update, the next step is intended to improve privacy while utilizing vanishing chats and to help keep material in disappearing chat strands more confidential.

Furthermore, the messaging service is bringing the very same update to WhatsApp for iOS. Where the “Save to Camera Roll” option is now immediately disabled when chats are deleted. When the default setting is enabled, pictures, videos, and GIFs are never saved automatically to a subscriber’s camera roll.

Users can still preserve media in vanishing chats manually. According to the report, some Android users do have the feature to save content manually.

WhatsApp users running iOS devices can save media in the same way that they regularly do. According to WA BetaInfo, the new change is intended to improve privacy while utilizing vanishing texts and to help maintain media more hidden in disappearing chat conversations.

The improvements are being handed out to all users on beta and public versions, with complete activation expected within the next 24 hours.

New Update offers a variety of other Features:

WhatsApp, which is owned by Meta, is set to release a function. Which will lets us know when a document has been entirely received on our smartphones or uploaded to their servers. According to WA BetaInfo, the messaging service is rolling out the new functionality to some beta users. Hence, after evaluating the efficacy to exchange media files up to 2GB in size with some users in Argentina – which is still restricted to those individuals.

The most recent WhatsApp update versions for Android, iOS, Internet, and Desktop provide the right to observe the expected date of delivery when sharing documents. Moreover, indicating when the file will be entirely downloaded on your smartphone or Desktop.

When you upload a file, the same data is accessible. The capability was previously available on WhatsApp Windows last month. Moreover, this data was distributed to some Android and iOS beta users in the week.

Whatsapp Might Roll New Update With 4+ Users in a Group Call. Amidst the spread of the novel...
Technology

WhatsApp updates its app regularly and adds new features. The business has previously stated that it is working...
Technology

Whatsapp new feature to support multi-device login but when?

It’s been quite some time that the news regarding the multi-device support feature in the upgrade of the...
Technology

Upcoming WhatsApp Features: Everything users can expect in 2022

WhatsApp debuted a slew of new features in 2021, with more on the way. In recent weeks, WhatsApp...
Technology

How many hours a day do you dedicate to WhatsApp? Well! Don't start counting now as most of...