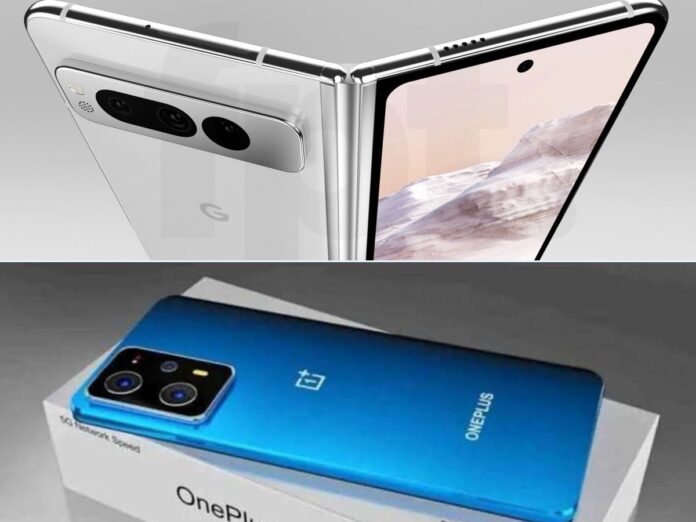 As we move into the new year, there are a few smartphone launches to be excited about. In January 2023, we can expect to see new smartphones from Samsung, Huawei, Google, and more. If you’re planning on buying a new phone or thinking of upgrading an old one, be sure to consider these upcoming models. This article provides a list of the top smartphones that you can expect in January 2023.

The upcoming Samsung Galaxy S23 smartphone is rumoured to have a Qualcomm Snapdragon 8 Gen 2 chipset. It is also speculated that the phone will come with the brand’s own Exynos 2300 chipset. However, nothing has been confirmed yet.

According to rumours, the smartphone will feature a triple rear camera setup with 50MP, 12MP, and 10MP camera lenses. The smartphone is expected to operate on Android 13 and will most likely have the One UI 5 custom user interface. The device might also have a battery backup of 3900 mAh.

OnePlus’s upcoming Nord 3 smartphone will be powered by the latest MediaTek Dimensity 8100 chipset. This chipset has a primary clock speed of 2.85GHz.

The device will have a 6.7″ Fluid AMOLED display with a screen resolution of 1080 x 2400 pixels. On the back, the smartphone will also have a triple camera setup: a 50MP wide camera, an 8MP ultra-wide camera, and a 2MP macro camera. The phone will be powered by a 4500mAh battery that supports 150W rapid charging.

The Huawei P60 Pro is an upcoming smartphone that is expected to be released in early January. It has a HiSilicon Kirin 990 5G chipset and an OLED display with a screen resolution of 2400 x 1080 pixels. The smartphone will have a 50MP + 16MP + 12MP triple camera setup on the rear which can capture sharp images during daylight and even in low-light atmospheres.

It’ll also have a dual camera setup on the front with a 32MP + 2MP camera lens. The device will have a battery backup of 4500 mAh that will support a fast charging feature as well.

Samsung’s next foldable phone, the Galaxy Z Fold 5, is slated for a January release. It will be the fifth phone in the company’s foldable series.

The Galaxy Z Fold 5 will feature an inner screen measuring 7.6 inches with a resolution of 1768 x 2208 pixels. Being powered by a Qualcomm Snapdragon 888 octa-core processor, the device will sport a 12MP + 12MP + 12MP triple rear camera setup and a 16MP + 12MP dual camera setup on the front for selfies. Other specs include a 4500 mAh battery.

According to our sources, OPPO is planning to release two folding phones next year. One of these phones will be the OPPO Dragonfly fold phone. This device will be powered by a Snapdragon 8+ Gen1 chipset and will be equipped with a 50 MP Sony IMX8xx line-up sensor.

The OPPO Dragonfly fold phone will also have a periscopic lens. This folding phone will have a vertical folding screen, similar to the one on Samsung’s fold phone, with a refresh rate of 120Hz.

The Google Pixel Fold is an eagerly anticipated fold phone that is rumoured to launch in January 2023. The device is rumoured to have a durable design and a powerful processor. If the rumors are true, the phone will have an inner display of 7.69″ and a cover display of 5.79″. The device will also be powered by a Tensor G2 chipset that has a primary clock speed of 2.85GHz. We can’t wait to see what this phone has to offer!

As for camera specs, the Xiaomi 13 will have a triple camera setup consisting of a 50MP wide camera, a 10MP telephoto camera, and a 12MP ultra-wide camera. The phone supports 67W fast charging and has a 4500 mAh battery.

Just like the previous year, Redmi plans to launch three upcoming smartphones in its Note 12 series in 2023. The series will include the Redmi Note 12, the Note 12 Pro, and the Note 12 Pro Plus. Powered by a MediaTek Dimensity 1080 processor, these smartphones will feature a flat-edged design and a 5000 mAh battery.

There are plenty of reasons to be excited about the upcoming year 2023, especially if you’re a fan of latest smartphones. Many new and exciting models will be released from a variety of brands. So whatever your preference, you’re sure to find something to get excited about.

Previous article
5 Ways to Transfer Data from Android to iPhone
Next article
Your Apple Products Can be Repaired for Free Without the Warranty: Check How
Flickonclick

Hotstar is coming up with shows very exciting movies and shows that you can stream on the OTT...
Technology

Portable Bluetooth speakers under 5000 are highly cost-effective and obviously, no one can doubt their utility. Listening to...
Lifestyle

New Year 2023 is just around the corner and there are many goals and aspirations that we will...
Entertainment

Hotstar is coming up with shows very exciting movies and shows that you can stream on the OTT...
Technology

Portable Bluetooth speakers under 5000 are highly cost-effective and obviously, no one can doubt their utility. Listening to...
Entertainment

Upcoming Movies and Web Series on Netflix in 2023: The digital streaming platform Netflix is coming up with...
Lifestyle

New Year 2023 is just around the corner and there are many goals and aspirations that we will...