Upcoming handsets in December 2021: Worth Buying or not? 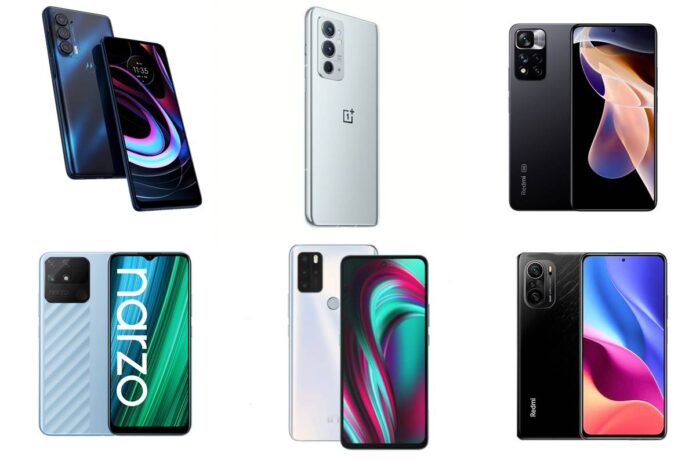 We are approaching the end of the year, which also takes us nearer to the festive season. Owing to the accessibility of the newly unveiled Snapdragon 8 Gen 1 CPU, top Chinese phone manufacturers will debut phones in December. Having said that, there will be more mid-range upcoming handsets released than inexpensive devices.

Some cheap premium handsets, such as the OnePlus RT and ASUS 8Z, are also scheduled for release in India, with solid reports stating that the Xiaomi 11i Hypercharge handset would finally support 120W rapid charging. Let’s take a look at some of the upcoming handsets that will be released in December.

Here is the list of 8 Upcoming handsets in December 2021

The OnePlus RT has a 50MP primary image sensor, a 16MP ultrawide detector, and a 2MP macro camera. It has a 4,500mAh battery and supports 65W Turbo Charge. We anticipate that it would be available in India for less than Rs 45,000.

Motorola is likely to release one of the globe’s first Upcoming handsets powered by the Snapdragon 8 Gen 1 processor. According to reports, the Motorola Edge X30 (incl. Edge 30 Ultra) will be released on December 9.

The corporation has acknowledged its arrival via its various social networks. Despite the fact that its debut is only a few days away, there isn’t much information available about its specifications. 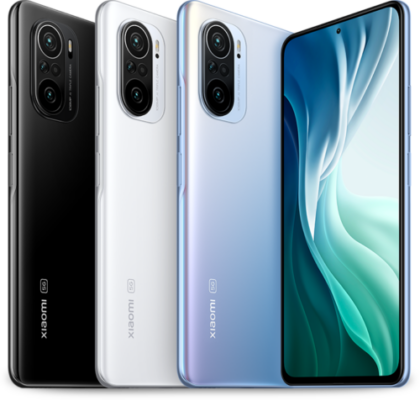 Xiaomi just announced the Redmi Note 11T 5G in India. Although it appears that another Note 11 family phone will be released, albeit under a different name. it is anticipated to launch the China-exclusive Mi Note 11 Pro+ in India under the guise of the Xiaomi 11i HyperCharge.

The Xiaomi 11i HyperCharge is believed to include a massive 120W quick charge support as well as a 6.67-inch display with a refresh rate of 120Hz. The phone will most likely be driven by a mid-range MediaTek Includes a definition SoC. The Xiaomi 11i, on the other hand, is believed to be a handset with slightly lower specs than the HyperCharge version.

The Qualcomm Snapdragon 888 processor powers the ASUS 8Z, which can be combined with up to 16GB of RAM and 256Gb of internal storage. The handset also has dual speaker compatibility and a 3.5mm headphone connector.

as well as a 4000mAh capacity that supports 30W recharging. We are confident that the phone will eventually be available in India this month, so check back soon.

Android updates: How to update Google, Samsung, and OnePlus Phones

Realme has been relatively silent in recent weeks. Likely which could indicate that the company has been developing on several handsets under wraps. The business recently announced that it will soon debut an expensive flagship device, which was later revealed to be the Realme GT 2 Pro, the counterpart to the Realme GT.

In any case, this expensive flagship is unlikely to be released this month because the phone must first pass a slew of inspections. Two low-cost phones – the Realme Narzo 50A Prime and Realme C35 – are possible.

Both the Narzo 50A Prime and the C35 are rumoured to be upgrades of the 50 and C series, respectively. However, expect entry-level specs with large batteries as the main feature.

After its original European launch, the Snapdragon 888+ based Moto G200 5G is scheduled to arrive in India. The premium device is expected to be reasonably priced in the region. The specific launch date is unknown, but it is expected to appear this month.

The Motorola G200 has a 6.8-inch punch-hole Lcd screen with a refresh rate of 144Hz. Its main selling point is the 108MP three back lens adapter, which includes a 13MP ultra-wide-angle camera and a 2-megapixel depth sensor.

The Redmi K50 family line is expected to be released in the Chinese market by Xiaomi’s Miui. However, the actual date is unknown. However, the disclosures have taken over the web and exposed several secrets about the series.

All of the upcoming handsets in the line will run the next MIUI 13, which is slated to be released by the end of this month. Eventually, these products could be released globally under different names.

The Vivo V21 5G was released in April of this year, and its sibling, the Vivo V23 5G, is expected to be released in India this December. The device could include a 6.4-inch Full hd+ resolution Amoled Screen with a refresh rate of 90Hz or 120Hz.

Furthermore, we can anticipate the Mediatek Dimensity 810U or Dimensity 900 processor inside the handset, as well as up to 8Gb ram and 128Gb internal memory, similar to the Vivo V21 5G.

The gadget should also include a 4500mAH battery as well as a 44W or 55W adaptor. The handset is believed to be sold under Rs 30,000 in India, with a release date in the second part of December.

Read More: 7 upcoming smartphones in 2022 that are worth upgrading

As we move into the new year, there are a few smartphone launches to be excited about. In...
Technology

Due to the surge in coronavirus pandemic the whole nation had to undergo the lockdown process. That is...
Technology

Exclusive leaks: Realme C30 to be the most affordable Realme phone ever

Realme C30 the cheapest phone ever by Realme is expected to launch in India in June 2022. Key...
Technology

All the premium smartphone makers, including OnePlus, Oppo, Samsung, and the all-new Nothing, are gearing up to introduce...
News

Vivo is storming the market with its new Z series lineup of Smartphones, for which they have launched...