Upcoming Bold and Hot Web Series on OTT in 2022

Bold and Hot web series is a smoking combo that makes for engaging and sensational viewing. These sorts of series are always loved among the viewers for the tension it generates. The tables turn quickly and sharply in bold web series that leaves the audiences awe-struck.

Here are some of the best upcoming bold and hot web series on OTT in 2022:

Aadha Ishq is a romantic thriller that will release on Voot on 12th May 2022. The web series has an attractive setting with the twisted events unfolding in the heavenly backdrop of Kashmir and Mussorie. It will follow Rene, who falls in love with a cryptic guy. It turns out the guy she is in love with is the past lover of her mother, Roma. What will happen when she gets to know the truth? Will she even get to know the truth?

Season 3 of the sensational romantic thriller Ek Thi Begum is dropping on MX Player in September 2022. The series follows a traumatic but capable woman going against an entire criminal syndicate for avenging the murder of her husband. Will she succeed in her attempt, or the criminals will silence her before she gets the chance?

Fans would be delighted to know that the hot web series, Virgin River has been green-lighted for two new seasons by Netflix. The romantic, suspenseful web series left viewers with a big cliffhanger in the 3rd season. Fans are dying to know how the complex relationships will play out in the upcoming seasons. An exact date for the return has not been announced, but it will probably drop on Netflix in the last quarter of 2022.

4- The Summer I Turned Pretty

Amazon Prime Video has announced that they are adopting Jenny Han’s novel of the same name for a web series which will be released on June 17. The series will adopt a love triangle between a girl and two brothers. How will the complicated relationship turn out? Who will have to sacrifice the most? These are the answers we are looking forward to. 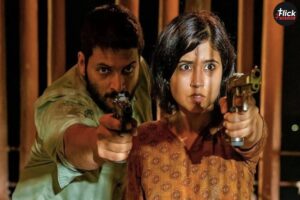 The fan favourite Mirzapur Season 3 is expected to return in September for another mind-blowing season filled with action, hotness, and thrill. Season 2 left a lot of questions unanswered, and fans are wondering how will the characters react when new unknown information is being relayed to them.

Read also: 15 Movies and Series releasing in Theatres and OTT in May 2022

Mirzapur Season 3: Are Kaleen Tripathi and Munna Bhaiya are brothers?

The directors and their crew have not left any reason behind for the viewers to hate this marvelous...
Entertainment

Are you looking to watch some new and latest web series that are filled with the ultimate joys...
Entertainment

What are some of the hottest and sexiest web series that you have seen with engaging plots and...
Entertainment

Mirzapur Season 3: Are Kaleen Tripathi and Munna Bhaiya are brothers?

The directors and their crew have not left any reason behind for the viewers to hate this marvelous...