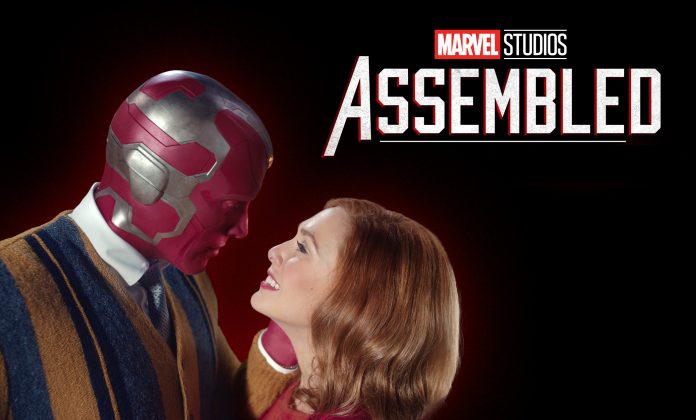 The library of Disney+Hotstar is likely to expand more as new movies and shows are being added that will be releasing this month. So, embrace yourself to witness some stunning shows and movies that will take you into the world of entertainment and let you forget the current world. The list comprises a special Marvel documentary, new seasons of hit shows, and a few new movies that you cannot miss.

List of 8 new movies and shows on Disney+Hotstar Premium releasing in March 2021:

This show talks about the lives of five students who came all the way to Macau, China, from all around the world to compete and win the Global Student Entrepreneur Awards along and take away the grand prize of $100,000. But their journey to reach the final stage isn’t going to be easy as it may sound, all five participants will be facing numerous obstacles in order to make their dream come true.

Marvel fans will be witnessing a new documentary by Marvel Studios that will comprise of vast and best movies and shows that will also emphasize the creation of new shows and movies. It will take you on a journey backstage where all the magic happens while shooting and behind-the-scenes journey of shows such as WandaVision, The Falcon and the Winter Soldier, and Loki, displaying on-set footage to the Marvel fan army.

This series is going to test the abilities and patience of Sam Wilson/Falcon (Anthony Mackie) and Bucky Barnes/Winter Soldier (Sebastian Stan) in the after-events of Avengers: EndGame. This is going to be the all-new series from Marvel production and will be directed by Kari Skogland along with Malcolm Spellman being the head writer.

What to Watch This Weekend-Movies &; Shows List From OTT Channels

Witness how a bunch of losers become pro in ice-hockey. This is a story of a 12-year-old Evan who is thrown out of the Ducks, and after seeing her child getting discouraged, led her to make a decision to build their own team of misfits to challenge the top-notch team of Minnesota. Along their journey, the Mighty Duck’s former coach, Gordon Bombay decides to join and train them.

Watch this epic story of two lady cadets on the special of women’s day and witness their journey with hardships at the officer’s training academy over a period of a total of 6 months. Look how they undergo intense mental and physical training to become officers one day and join the Indian army and how they live this prestigious moment of their lives.

In the third season, Ezekiel Reyes is better known as a former convict now returns to his hometown with a new identity where he was a golden boy with a dream in his hands. Later he joins a gangster group and unwillingly falls into the crime world.

Experience this comedy series of a dysfunctional family starring Martin Freeman and Daisy Hoggard who explores the parental contradiction that you will get ready to die for your children when the time requires this but also want to kill them. Luke (Alex Eastwood) is now 13 years old and Ava (Eve Prenelle) is 10 years old, are bringing new parenting challenges and making it difficult for their own family to be called a normal family.

Season two focuses on the districts of Roxbury on a federal housing project. Coalition leader Grace Campbell (Pernell Walker) is all set to work hard and tirelessly for the community, but her efforts are undermined by gang activities that are taking place right under her nose. The show takes a turn when an FBI agent Jackie Rohr (Kevin Bacon) steps into the show and wants to exploit Boston’s defective criminal justice system in order to salvage his own career.

Pakistani TV series have entirely questioned the idea of producing a successful TV show by giving a refreshing...
Offers

Hotstar is the most popular over-the-top streaming platform in India. It has earned the trust of over 300...