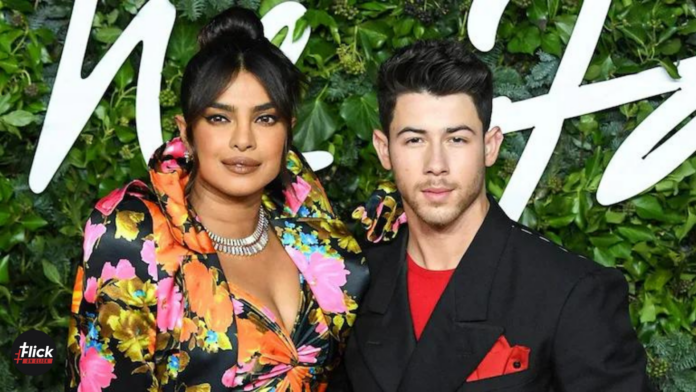 Global star Priyanka Chopra wasn’t joking at the Jonas Brothers family roast on Netflix when she said, “Nick and I are expecting…”.

Priyanka and her husband Nick Jonas made a significant and warm announcement last night. The new parents took to social media to share the news of their babies born via surrogacy.

Chopra’s post says, “We are delighted to confirm that we have welcomed a baby via surrogate. We respectfully ask for privacy during this special time focusing on our family. Thank you so much.” Jonas posted the same message from his social media account. They did not share the name or sex of the baby.

Miss World 2000 Priyanka Chopra got married to American actor and singer Nick Jonas in 2018 after dating each other for months. They met at the fashion event Met Gala 2017 and tied the knot at Umaid Bhawan Palace in Jodhpur in December 2018, following traditional Hindu and Christain rituals.

The couple’s friends and fans flooded the post with lots of love and warm, congratulatory wishes.

Priyanka Chopra has acted in 60 Bollywood movies. She shifted to Hollywood afterward and debuted with the 2015 thriller series Quantico which earned her international fame and received various prestigious awards, including Padma-Shri, two national film awards, and eight Filmfare Awards.

Nick Jonas is famous for his band Jonas Brothers and has hit songs like Jealous and Chains. His music album ‘A Little Bit Longer’ became a significant success.

Recently, in an interview with Vanity Fair, Chopra had said that she wouldn’t mind if her career slowed down a little after having a baby. She hinted at starting a family.

Congratulations to the power couple and new parents!

In the art of stand-up comedy, a comic performs both live and increasingly even digitally. There has been...
Entertainment

Black Panther Wakanda Forever Movie Review: One of the greatest MCU movies ever and the perfect tribute to...
News

Have you ever tried updating your Aadhaar card information manually by visiting an official center in your city?...
Technology

Realme has come up with yet another amazing phone that too within a budget. Recently, the launch of...
Entertainment

The Bollywood actress Rakul Preet Singh is in a healthy relationship with Jackky Bhagnani and the duo confirmed...
News

The IUC (Interconnect usage charge) battle that has been going on for years is now intensifying. IUC is...
Entertainment

There was a time of Pre-Covid era when we planned months in advance to watch some top bollywood...