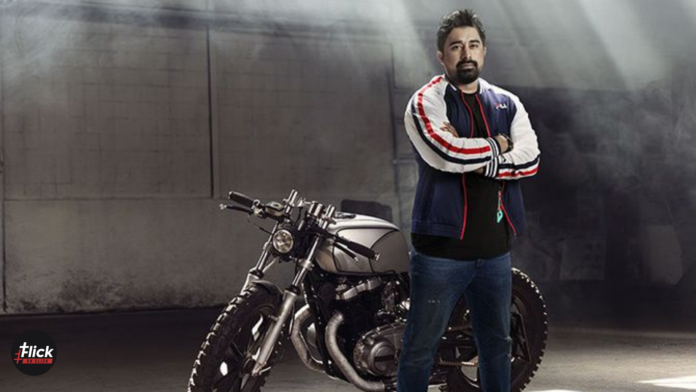 Rannvijay Singha is a popular name in television and films. If you are an MTV Roadies fan, you must know that he is the winner of the youth show in 2003, which he presently hosts. The MTV star is hosting the highly anticipated MTV show Shark Tank India. 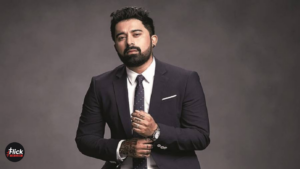 Rannvijay Singh Singha belongs to an army family. His mother is a housewife, and his father is a retired army officer. Born on 16th March 1983 in Punjab, Rannvijay had to change schools due to his father’s transferable job.

He made up his mind to join the army cleared the exams and the test, but something else changed his life. After that he yearned for a Hero Honda Karizma R and thus, participated in MTV Roadies, where life took an unexpected turn. He is the only one in his family, after six generations, to switch to a different occupation apart from the Indian army.

Mr. Singha subsequently hosted all the seasons of the MTV Roadie show, i.e., from Roadies 2.0 to Roadies Revolution. His hosting career, which started from the popular youth show, continued with MTV Splitsvilla in 2006, MTV Force India The Fast and The Gorgeous in 2009, MTV Stuntmania, MTV Scooty Pep Diva, to name a few.

The MTV star made his Bollywood debut in 2009 with Toss: A Flip of Destiny’. After working on 2-3 more movies, he made his Punjabi film debut in 2011 with Dharti. To date, he has worked in eleven films. He has acted in a couple of web series.

Rannvijay Singha has been associated with MTV Roadies for more than 18 years now has come a long way. From being a contestant to a host to a judge to a gang leader, he has won hearts and TRP. The handsome hunk has always been in the limelight, and we wish him more strength and success.

Rannvijay Singha married Priyanka Vohra in 2014, with whom he has two children. It needs no mention that Rannvijay is a sporty person. His love for bikes made him an MTV star, and now he owns Suzuki GSX-R600, Hero Honda Karizma R, Kawasaki Ninja, and a Royal Enfield. He is a big fan of Wolverine and loves to collect his merchandise. Apart from that, he is a ‘Warriors’ fan.

Previous article
Why Chandigarh Is Regarded as the Best City in India?
Next article
10 Best Romantic relationship advice that can save your Complicated or Broken Relationship
Flickonclick

There's nothing like getting lost in a good book, and 2022's book release schedule is jam-packed with them....
Fitness

New research suggests that people who have been taken down by the COVID-19 virus are on thin ice...
Entertainment

Radhe Shyam, featuring Prabhas and Pooja Hegde, is now playing in theatres. According to the trailer, Prabhas portrays...
Offers

Jio introduced cheapest prepaid plan in India ever at Rs 1 with 30 days validity. This plan is...
News

While delivering the Union Budget 2022, Finance Minister Nirmala Sitharaman made no changes to the taxation slab brackets....
Entertainment

Superhits are high-class movies that are immediately successful after their debut. However, some films are recognized as masterpieces...