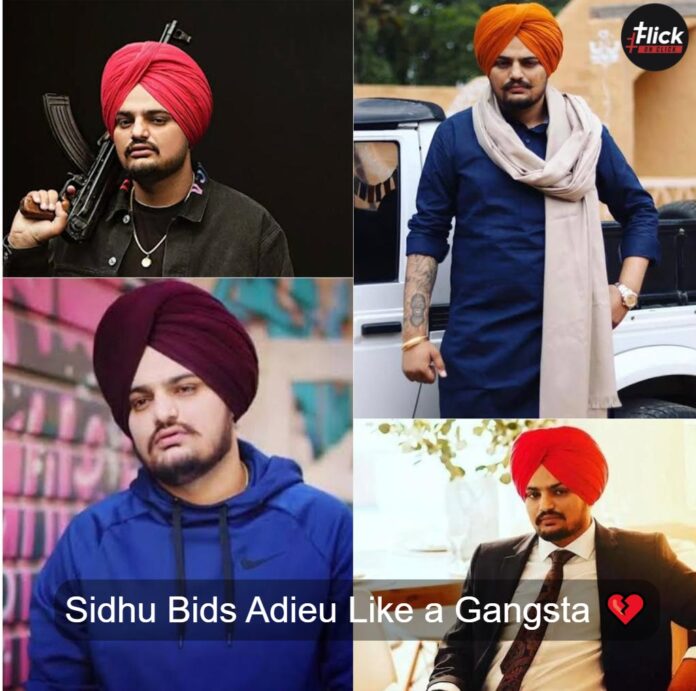 Sidhu Moose Wala, a Punjabi artist, and rapper were assassinated on Sunday evening. Last year, the renowned musician entered the Congress Party and ran narrowly in the Punjab Assembly Elections. His murder at the age of 28 stunned the entertainment industry, with numerous celebrities expressing shock and regret at the rapper’s untimely passing. Many fans also noted the unsettling parallels between the singer’s final song and the events of his death.

On May 15, Sidhu released a single titled The Last Ride. The song was posted on Sidhu’s own YouTube page and has around 10 million views. Several of the singer’s followers noted that the song was quite similar to how the artist died. According to sources, the song was created as a homage to Tupac Shakur, popularly known as 2Pac, who was shot dead in his automobile in 1996 at the age of 25. Tupac’s car was included in the song’s artwork.

Here is a list of the ten best iconic songs of the Late “Sidhu Moose Wala” Punjabi Singer.

On August 9, 2017, Siddhu Moose Wala launched the music ‘SO HIGH’ on the ‘Humble Music’ Record company. The gangsta rap song was co-created with Canadian producer Byg Byrd. After the track, Sidhu was ridiculed for his appearance, claiming that he lacked a hip-hop character. However, Sidhu moose wala now has his outspoken lyrics and appearance.

After the enormous success of ‘So high,’ the critics arrived, so Sidhu responded to all of those in this song. Through this song, Sidhu demonstrates his personality, and as a result, folks are becoming fans of Sidhu moose wala’s attitude and music.

It’s not just Sidhu Moose Wala talking about gangs, wars, and weapons. Every Valentine’s Day, Sidhu moose wala releases one love song. The song “It’s all about you” was released on February 13, 2018. If you like this aspect of Sidhu moose wala, you’ll love this one.

Sidhu-Music released the Legend song on February 26, 2019. Sidhu Moose Wala wrote and sang this song. Sukaran Pathak directed the film and composed the music. On YouTube, the clip has received over 132 million views.

Sidhu-Music released the Dhakka song on December 2, 2019. Sidhu Moose Wala wrote and sang this song, which featured Afsana Khan. The Kidd composed the music, while Agam Mann directed the film. On YouTube, the video has received over 132 million hits.

Sidhu-Music recorded the single Bambiha Bole on June 12, 2020. Sidhu Moose Wala and Amrit Maan wrote and sang this song. Ikwinder Singh composed the music, while Tru Makers directed the film. On YouTube, the video has received over 176 million views.

The track Selfmade is an inspirational song by Sidhu Moose Wala, in which he discusses his life and struggles as a member of a middle-class family with no silver spoon. This song may be found on his comeback album, PBX1.

This song is fantastic, and Sunny Malton’s rapping line is on another level. Sidhu moose wala and Sunny Malton have collaborated on a few songs, but this one is unrivaled. BYG Byrd, of course, creates the beats for the tunes. Moreover, BYG BYRD rhythms can be found in several of Sidhu Moose Wala’s tracks.

Famous is another hit for this young singer, topping the charts with 42 million views on YouTube. The song’s lyrics are both catchy and endearing. He can express his sentiments or circumstances in lyrics so well that it instantly connects him with the younger population, as they can connect the song and scenario to themselves. The song was released in 2018 and was created by Byg Brd under the brand T-series. Moreover, it is on the album PBX 1.

Previous article
Consent Required to have Women in UP Work between 7PM to 6AM
Next article
Laal Singh Chaddha Trailer: Aamir Khan as an ordinary man with extraordinary journey
Flickonclick Team

Every year on March 8th, the world celebrates International Women's Day or Women's Day. The day is observed...
Entertainment

India is blessed with divine voices all across the nation and Shilpa Rao is one of the greatest...
Entertainment

Welcome to the Diljit Dosanjh fan club if you liked Ik Kuddi from Udta Punjab and have been...
Talent

Ayushmann Khurrana is one of the most loved Bollywood actors in the current time. Not only because of...