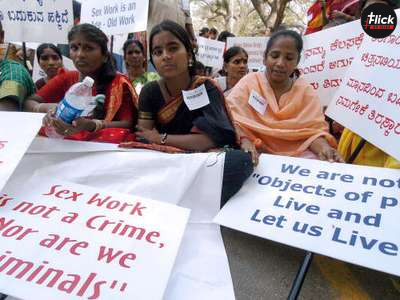 Six directions were issued by a three-judge bench led by Justice L Nageswara Rao to protect the rights of sex workers. “Sex workers are entitled to equal protection under the law,” the Court stated. On the basis of age and consent, criminal law must apply equally in all cases. The police must refrain from interfering or taking any criminal activity when it is clear that the sex worker is an adult who is participating with consent.

It goes without saying that, regardless of profession, everyone in this country has the right to a dignified life guaranteed by Article 21 of the Constitution.” The court also ruled that in raids on brothels, sex workers  should not be arrested, penalised, harassed, or victimised because voluntary sex work is not illegal and only running the brothel is. 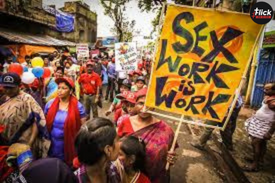 The court ruled that a child of a sex worker should not be separated from her mother solely because she works in the sex trade. The court stated that “basic protection of human decency and dignity extends to sex workers and their children.”

Furthermore, it should not be assumed that a minor living in a brothel or with sex workers have been trafficked. The court also ordered the police not to discriminate against sex workers who file a complaint, particularly if the offence is sexual in nature. Sex workers who are sexual assault victims should be given every convenience, including immediate medical and legal assistance.

Also, Read – How To Deal With Someone Who Demands Dowry Before Or After Marriage

“It has been noted that police attitudes toward sex workers are frequently brutal and violent. “It’s as if they’re a class whose rights aren’t acknowledged,” the court said, urging public awareness. The court stated that the media should take “extreme care not to reveal the identities of sex workers, whether as victims or accused, during arrest, raid, and rescue operations, and not publish or telecast any photo that would result in disclosure of such identities.” 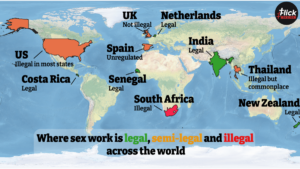 The bench also stated that the use of condoms by sex workers should not be construed by the police as evidence of sex worker misconduct. The court also recommended that sex workers who are apprehended and brought before a magistrate be sentenced to two to three years in a correctional facility. “In the meantime, the sex workers could be held in these homes,” the order stated, “and if the magistrate determines that the sex worker consented, they could be released.”

Justice Rao was adamant that the authorities could not force sex workers to stay in correctional facilities or shelters against their will. On the next date of hearing, July 27, the court has asked the Centre to respond to these recommendations.