Samsung Galaxy A12 and Galaxy A02s  have been recently launched in Europe. The two budget phones by Samsung comes with 6.5 inch display feature and 5000mah battery.  Galaxy A12 comes after the Samsung Galaxy A11, which was well recommended in the market. Both the phones will go on sale in early 2021.

Though official release date has not been announced but both phones are expected to launch early next year. Let us look at specifications, price and availability of these amazing Samsung smartphones. 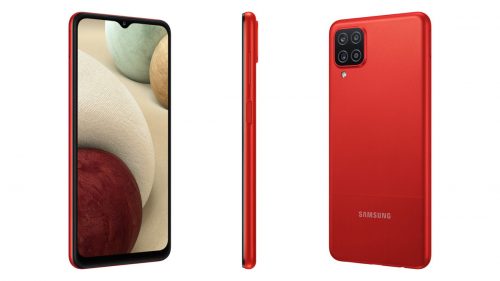 Samsung Galaxy A12 Price and Availability

Samsung Galaxy A12 comes in Black, Blue, White and Red Colors and phone is expected to be available from January 2021.

Galaxy A02s also comes up with 6.5-inch HD+ display, according to GSMArena,  along with Snapdragon 450 SoC. It comes with 3GB RAM and 32GB of internal memory that is expandable with the help of microSD card (up to 1TB).


For pictures and videos, the Galaxy A02s comes with a triple rear camera setup that includes a 13-megapixel primary sensor and the same 2-megapixel sensors as the Galaxy A12. The phone is also backed by a 5,000mAh battery that supports 15W fast charging and comes with a Micro-USB port for charging. Specifications are almost similar of these upcoming smartphones.

Black and White are the available options in this smartphone.

Previous articleHow to Be Safe from WhatsApp OTP Scam: Can Lock You Out of Your Account
Next articleFitness Gadgets 2020: More Portable And Advanced
Flickonclick

The prices of both Samsung Galaxy A11 and Galaxy A41 are revealed. Both Samsung phones were disclosed in...
News

2020 had given us plenty of history but smartphones were the ones who pushed us to the future...
Technology

Samsung has been known to bring revolution with the design and features when we're talking about the smartphone...
News

With the advent of Boycott Chinese products in India, people are now shifting to non chinese brands.Thus it...
News

One plus is back with another one of their devices which is surely going to capture the market...
Offers

During the 1950s, televisions became the primary medium for influencing people and a medium of enjoyment as children...