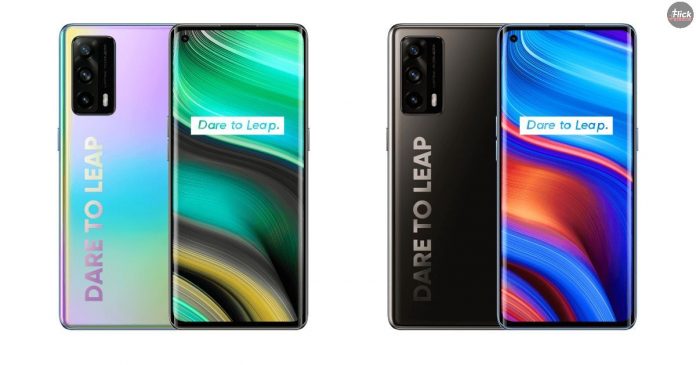 If you were waiting to buy a new beast then the time has come as Realme X7 Max 5G has launched in India on May 31, 2021. Not only this, but the company has also launched a new Realme Smart TV 4K. the beast is powered by MediaTek Dimensity 1200 SoC and also sports a 120Hz Super AMOLED display along with triple rear cameras.

When it comes to the Realme Smart TV 4K, it is surrounded by Dolby Atmos and Dolby Vision support technology to give a theatrical experience. And for those who do not know, the launch event will take place online on the company’s social media channels. 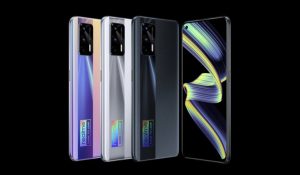 The launch event is expected to begin at 12:30 pm and it will be telecasted through the company’s Indian Facebook and YouTube accounts. If you have missed the launch event, then don’t fret as you still can watch the event directly from the video embedded below

The sale of both the new launches will take place on June 4, 2021, on Realme’s official website and also on an e-commerce website, Flipkart.

Important information for all the buyers, the company has come up with the Realme upgrade program that will be applicable to both the phones which gives the option to buyers to pay only 70 percent of the amount at the time of purchase and can later pay the rest 30 percent after a year or when upgrading to a different Realme model or smartphone at the time of exchange.

Realme X7 Max 5G comes with a 6.43-inch display along with a Super AMOLED full-screen resolution of 2400 X 1080 with a refreshing rate of 120Hz, which is phenomenal for a super beast. You will be amazed to hear that it consists of 360Hz of touch sampling rate and 1000 nits is its maximum brightness that will allow you to clearly see the screen even on a bright sunny day.

The super beast is powered by MediaTek MT6893 Dimensity 1200 (6nm) chipset along with an Octa-Core processor that allows you to do heavy stuff and gaming without any interference. From a gaming point of view, this beast is perfect as you are getting 8GB RAM 128GB ROM, and 12GB RAM 256GB ROM as such a pricing range.

You will be stunned to hear that this smartphone has a triple camera at the back, which includes a 64MP main camera (f/1.8 aperture), an ultra-wide-angle camera of 8MP (f/2.3 aperture), and a 2MP macro camera (f/2.4 aperture). But, do not forget about its 16MP (f/2.5 aperture) front camera to capture stunning selfies. You do not have to worry about it when clicking pictures at night as its night mode is absolutely fantastic that also gives you a real-life photography feeling.


Even though, being a highly functional smartphone at such a price range, the super beast lacks in battery storage as it consists of Lithium-Polymer, a non-removable battery of 4500mAh with 50W charging, which can again be a reasonable query from the tech lovers that why the company always launches its smartphones with low battery capacity.

Realme hasn’t compromised when it comes to delivering extraordinary sound quality to its customers as the phone comes with Dolby Atmos and Hi-Res certification. As per cooling is concerned, it also has a copper composite structure that makes sure the device isn’t heated high enough.

Realme Smart TV 4K will be available in two sizes, that is, 43-inch and 50-inch. If you are going to purchase this television, then you are going to get the best cinematic experience as the device has Dolby Vision Technology and Dolby Atmos Audio. Both the televisions run on Android 10 and have a quad-core processor.

Coming to technical specifications, both the televisions have 2GB RAM and 16GB storage space. Display resolution is 3840 X 2160 pixels. Connectivity is possible on these devices as these include support for Bluetooth 5.0 and Wi-Fi 2.4GHz and 5GHz. You will also be getting a smart remote to easily operate its functions and that remote will support Google Assistant.

It will be a delightful moment for binge-watchers when they will find their favorite online content platform applications like Netflix, Amazon Prime Video, etc. which will be pre-installed. There are a lot of ports on the side of the television: one HDMI (ARC), two HDMI ports, two USB ports, one AV port, one tuner port, one ANT port, one LAN port, and one audio output port.

In the present situation of world-wide pandemic, laptops are indispensable to many professions. While it is a staple...
News

Samsung Galaxy M13 is a mid-range smartphone that is expected to launch between May and June by the...
News

BoAt is one of the prominent companies when it comes to audio devices and now it has launched...
Technology

A plethora of 5G devices are coming to the Indian market even though India's telecom industry is yet...
News

Apple finally launched one of its lower segment smartphones, yea! its the new iPhone SE 2. The phone...