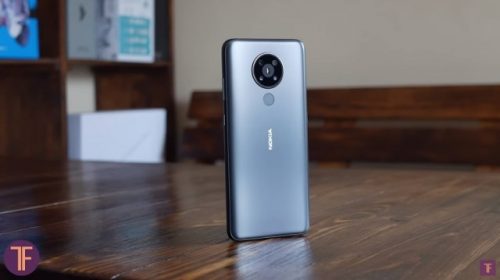 Nokia’s much-awaited flagship smartphone Nokia 5.3 has now been listed on the official website which indicates that the launch is not that far. Earning its name in the international market and keeping the hopes high for us, the Indian market can expect the launch anytime soon.


Keeping the smartphone segment mid-range, the Nokia 5.3 comes with a 6.55-inch display and features a quad rear camera setup. The phone will be seen running on the latest Snapdragon 665 SoC and keeping fingers crossed for the price, the Nokia 5.3 is amongst the most anticipated ones this year. 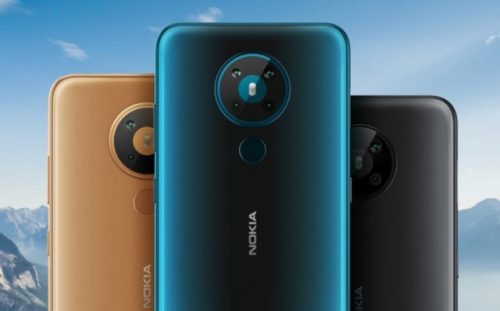 The latest Nokia phone features a teardrop-shaped notch display design, similar to most budget phones in the market. While the back cameras are placed in a circular module, buyers will also get a fingerprint sensor at the rear panel and support for the ‘Fast Face Unlock’ feature.

The new Nokia smartphone comes with a 6.55-inch IPS LCD display with high HD+ resolution and packing an aspect ratio of 20:9. Despite the absence of information on its pixel strength, the Nokia 5.3 will be seen hosting a protective 2.5D curved tempered glass and designate a Nokia logo on the bottom chin.

Jumping on the front, we have an 8-megapixel sensor for capturing selfies and videos. As for the rear camera, the quad-camera will be seen providing a 4K quality video capture and for the front, the company claims the device to be hosting the support for 1080p video recording.

The new Nokia 5.3 is powered by the Qualcomm Snapdragon 665 SoC. The phone comes in two options: 4GB/6GB RAM and offers a single storage variant of 64GB with a microSD card slot for additional storage expansion of up to 512GB. The phone runs on stock Android 10 OS as well.


As we have seen on other Nokia smartphones, the Nokia smartphone is also a part of Google’s Android One program. The company also promises the latest beta software updates for two years. The device will be running on a 4,000 mAh battery and support 10W charging via the USB Type-C port.

The new Nokia 5.3 will be available in three color options, including Cyan, Sand, Charcoal. The price of Nokia 5.3 is priced at 189 Euros for the European market, which is around Rs 16,750. As of now, an official announcement for the launch date and the price for the Indian market is yet to come.

The details, specifications, and price of the all-new POCO M3 smartphone were revealed on Tuesday and will be...
News

It was 15 years ago that Bunty and Babli’s con-journey came to an end and settled down as...
Technology

Nokia is back in the market after adding a new member to its audio accessories. Recently the company...
Technology

OnePlus Nord 2 5G has entered the tech market and got launched on Thursday. Some modifications have been...
Technology

Nokia has been on a roll these past few years after they've returned to the market and since...

6 Web Series Like Class on Netflix to Watch Right Now

Class is a suspense thriller web series that was...