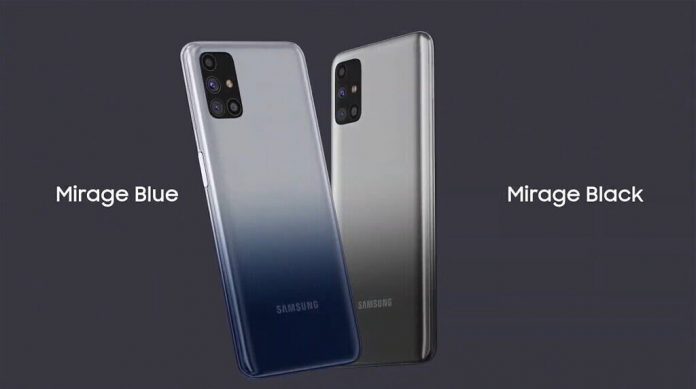 Korean smartphone giant Samsung has launched its latest Galaxy M31s for the Indian market. The new Galaxy M31s comes with a new look and some impressive specifications including a massive 6,000mAh battery and a quad rear camera setup, all at an affordable price tag.

The new Galaxy M31s is the latest installment in the popular M series and is a predecessor to the recently launched Galaxy M31. With Galaxy M31s, the company aims to give top specifications to its young consumers and set a benchmark among other popular smartphone brands.

Without any delay, let us take a look at the specifications of the new Samsung Galaxy M31s. And check whether it fits as a ‘Safe’ investment for the Indian market or not.

The phone comes with a stylish 9.3mm thick design and metal finish on the back. There is a quad-camera setup on the back, on the front, you get a centered puncture hole selfie shooter sensor. The phone delivers 420 nits of peak brightness and protected by the latest Gorilla Glass 3 protection.

The Galaxy M31s comes with a 64MP primary sensor with an f/1.8 lens, a 12MP secondary sensor with an ultra-wide-angle lens, a 5MP depth shooter, and a 5MP macro shooter. The quad-camera setup allows you to capture photos in bokeh mode and shoot video in 4K. On the front you get a 32MP hole-punch cut out sensor which lets you shoot hyperlapse.


Jumping to hardware, the Samsung Galaxy M31s comes with 6GB and 8GB of RAM and a single 128GB internal storage option which is expandable via microSD card. The phone will runs on the latest Exynos 9611 Octa-Core processor which is clocked up to 2.3GHz and is powered by recently launched Android 10 UI.

As for the runtime, the new Galaxy M31s is backed up with a “Whopping” 6,000mAh battery and ships with 25W fast charger out-of-the-box. Other connectivity options on the Samsung phone will cover 4G VoLTE, Wi-Fi 802.11ac, Bluetooth v5.0, GPS/ A-GPS, USB Type-C, and a 3.5mm headphone jack.

The new Galaxy M31s is available in Mirage Blue and Mirage Black color variants. The price for the Samsung Galaxy M31s 6GB+128GB model is set at Rs 19,999 and the 8GB+128GB model will be priced at Rs 21,999 respectively. The phone will be available to buy from August 6 at all Samsung India retail stores and e-commerce websites.

Samsung Galaxy M52 5G might be another in the line of Samsung's M series devices which are getting...
News

It’s time for tech enthusiasts to rejoice as Motorola announces over the weekend that a new smartphone will...
News

Noise has launched the Noise ColorFit Nav on the Amazon Prime Day Sale. While the company kept the...
Technology

Samsung Galaxy Tab A7 Lite has been in the news for the past few weeks and has also...
News

The much-anticipated ‘JioPhone Next' is set to debut in India on September 10th with estimated price at Rs...
Technology