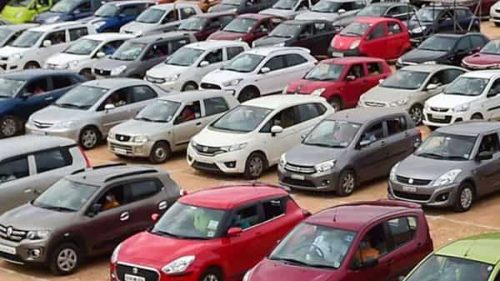 Union Minister  Nitin Gadkari said in the new vehicle scrapping policy “New-vehicle buyers after deciding to scrap their old and polluting vehicles will get benefits under the new policy to phase out old and polluting vehicles. The road transport minister announced really great news that it would give a 30 percent boost to the Indian automobile industry turnover to Rs. 10 lakh crores in the next upcoming years. 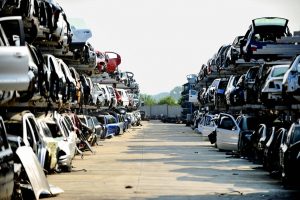 It has been clearly stated under the new vehicle scrapping policy that personal vehicles will undergo fitness tests after 20 years and commercial vehicles undergo after the completion of 15 years.

Nitin Gadkari, who also holds MSME portfolio, told PTI that “Those who are going for the scrapping of their vehicles whether it may be personal or commercial, will get some benefit from the manufacturers. The new scrapping policy will turn out to be a boon, and not only it will boost our economy, benefit the automobile sector but will also check vehicular pollution.

The minister gave the assurance that the finer details of the new vehicle scrapping policy will be revealed soon by him and said that in the coming days the automobile sector will offer a maximum number of jobs. Secretary, Road Transport and Highways, Giridhar Aramane said in his statement that incentives will be worked out under the policy with discussions with stakeholders.

He also said that according to research an old four-seater Sedan will result in a total loss of Rs. 1.8 lakh in five years whereas it will result in a loss of Rs. 8 lakhs for a heavy vehicle for a period of three years. The policy is mandatory and all the vehicles will be required to undergo the fitness test and these tests shall be held without any human intervention, corruption, or fudging of data.

“It came to be known that the states which were notified about the green tax have considered it in an ineffective way. We want to notify the state governments under Motor Vehicles Act to consider imposing a green tax on older vehicles which are polluting the environment,” Aramane said.


If a vehicle that failed to pass the automated test, is found on the road then it will lead to huge penalties and the vehicle will also be impounded.

Talking about the policy, Gadkari said “The export component which at present is Rs. 1.45 lakh crore will shoot up to Rs. 3 lakh crores in the coming years and further added that once this policy comes into practice then the availability of scrapped material like steel, plastic, rubber, aluminum, etc. will be used in the manufacturing of automobile parts that are going to reduce their production cost by 30 to 40 percent. Also, the policy will boost to new technologies that will result in better mileage of vehicles.”

Under the scheme, HMV (Heavy motor vehicle) or transport vehicles older than eight years could be charged green tax at the time of renewal of fitness certificate at the rate of 10 to 25 percent of road tax.

After the Amphan cyclone in Bengal, another cyclone Nisarga is ready to hit Maharashtra and is anticipated in...
News

Amid the COVID-19 pandemic in the country, Uttarakhand Wildfire has made the situation difficult for the people to...
News

The pandemic is back in full swing and every state government along with the central government is taking...
World News

The implementation of new regulations will be in effect from October 4, 2021. There could be a simple...
News

This year’s Republic Day will be celebrated in the agony of furious farmers who are strictly against the...