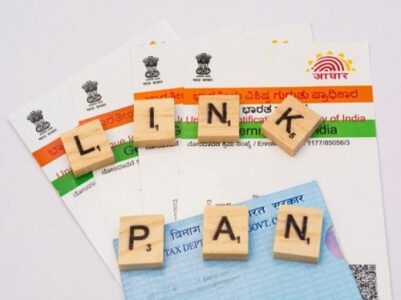 Are you a taxpayer? And have you linked your Aadhar Card with your PAN yet? If yes, then you need not worry. But If not, then there might be consequences waiting on the line for you. 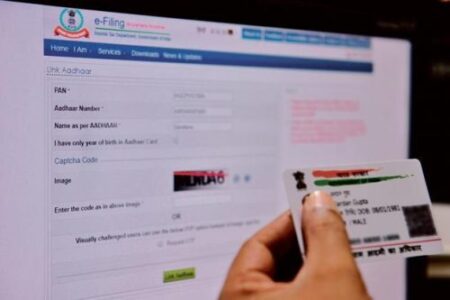 It has been officially announced that every Permanent Account Number or PAN number will be out of service if it is not linked with their owner’s Aadhar Number by 31st of March. So, get it done till there’s still time and read on to know how you can easily do it and why you shouldn’t delay anymore.


As per the Statistical data from Government, 17.58 Crore PAN Care still unlinked to Aadhar. And till Jan 27, 2020, only 30.75 Crore PAN was linked to their Aadhar which is seemingly a small number here.

Last Week, a notification was released by the Central Board of Direct Taxes (CBDT) regarding every PAN Holder in the country.

We can check it out on CBDT’s Website which says, “Where a person, who has been allotted the permanent account number as on July 1, 2017, and is required to intimate his Aadhaar number under sub-section (2) of section 139AA, has failed to intimate the same on or before March 31, 2020, the permanent account number of such person shall become inoperative immediately after the said date for the purposes of furnishing, intimating or quoting under the Act”.


In the 2017 Budget, the Government shared mandatory notice regarding PAN. It was made necessary to link Aadhaar with an individual’s PAN if issued already.SC also made it official in Section 139 AA (2) of the IT Act to link PAN before filing one’s ITR. 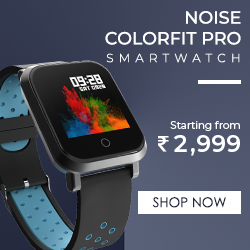 Use Promocode EXTRA100 for additional discount

But here we are, still at a whopping rate of about half the individuals having PAN cards having unlinked AADHAAR information. After such efforts from the government’s side, which is clearly not at fault here, it’s we people who are getting lazier than ever in doing even one simple task.

This time, the Government’s statements made it clear what their intentions are. And, If someone crosses the deadline, he or she will be made viable to face the resulting consequences.


Under the IT Act, PAN of those who wouldn’t have bothered to have linked by the end date would “become inoperative from the date of intimation of Aadhaar number”.

How To Link PAN with Aadhar?

To link your PAN with your Aadhar Number, you can follow any of the following measures:

You can also link PAN with your phone. Open your messaging application. Type UIDPAN<12-digit Aadhaar><10-digit PAN> and send it to 567678 or 56161 from your RMN (Registered Mobile Number).


The Aadhar Card of each citizen is issued by the Unique Identification Authority of India, or UIDAI. Same as PAN, this identification number is unique from one another. Be it a person, firm or entity, everyone is allotted one 10-digit alphanumeric number. PAN allows proper tracking and monitoring of their income, assets, and gains annually.


This is why a link between them keeps an individual in check regarding various aspects and that’s why the governments keep pushing so hard at it. So, if you still haven’t then be a responsible citizen and get it done as soon as possible.