Do you ever randomly wonder how much percentage cricketers like Virat Kohli and MS Dhoni got in their school exams? You are only one of many who think of the same thing if you do. Now, you don’t have to go on different websites to individually find the qualification of famous Indian cricketers cause we have clubbed together all of it here in this article.

Here is the qualification of famous Indian cricketers:

The master blaster of cricket was absolutely made for the game cause he failed his exam in 10th class and decided against retaking it. He was already sure that he wanted to make cricket his career to rise to the superstardom.

The former Indian captain struggled between maintaining his cricketing life and studies together. He used to travel to Ranchi to take part in cricket games when he was in his 12th standard. Dhoni received 66 percent in 10th, while 56 in 12th.

The most consistent cricketer of the modern era, the run-machine was afraid of mathematics during his stint as a student. He revealed once that he used to score in single digits in mathematics exams. Not much is known about his overall percentage in the 10th and 12th classes.

Virender Sehwag did his schooling at Arora Vidya School in Delhi. Unlike Dhoni and Sachin, Sehwag has a graduation degree which he garnered from Jamia Millia Islamia University in Delhi. 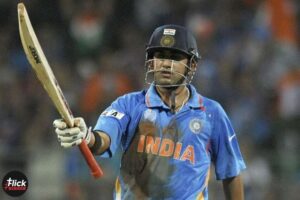 Virender Sehwag’s most successful partner in ODI cricket, Gautam Gambhir, was the hero for India in the 2011 World Cup final. Gambhir graduated from Hindu College in Delhi.

The greatest ever Indian spinner Anil Kumbe has a degree in B.E. in Mechanical Engineering. He studied at R.V College of Engineering to complete his graduation.

The current coach of the Indian national cricket team, Rahul Dravid, was a prodigy in his studies. He was on the path to becoming an accountant before he decided to dedicate himself to cricket. Dravid has an M.B.A degree from St. Joseph’s College in Bangalore.

The BCCI Head and one of the fiercest Indian captains in history, Saurav Ganguly, graduated from St. Xavier College in Kolkata before ultimately pursuing cricket as his career.

One of India’s greatest all-rounders ever, Yuvraj Singh, abandoned his studies after completing his schooling. He studied at DAV Public School in Chandigarh.

Rohit Sharma quit his studies after getting an international call-up. He had completed his schooling at Swami Vivekananda School and went to Rizvi College in Mumbai before pursuing his international cricketing journey.

Previous article
Movies And Series On Amazon Prime That Are Releasing This May
Next article
Acharya Movie Review: A Mundane and Age-old Drama
Virat Verma

Anushka Sharma is one of her own class. She's one of the finest actresses that have promisingly delivered...
IPL

Skipper Virat Kohli made a huge announcement on Day 1 of the UAE leg of IPL 2021 that...
IPL

Gone are the days when Indian cricketers earned only through match fees and central contracts by their boards....
Talent

Anushka Sharma is one of her own class. She's one of the finest actresses that have promisingly delivered...
Entertainment

Virat Kohli, the face of world cricket, has a fan base comparable to the world's most popular athletes...