Instagram Introduces ‘Remix for Reels’ Feature Same as TikTok Duet: How to Use and Enable this Feature 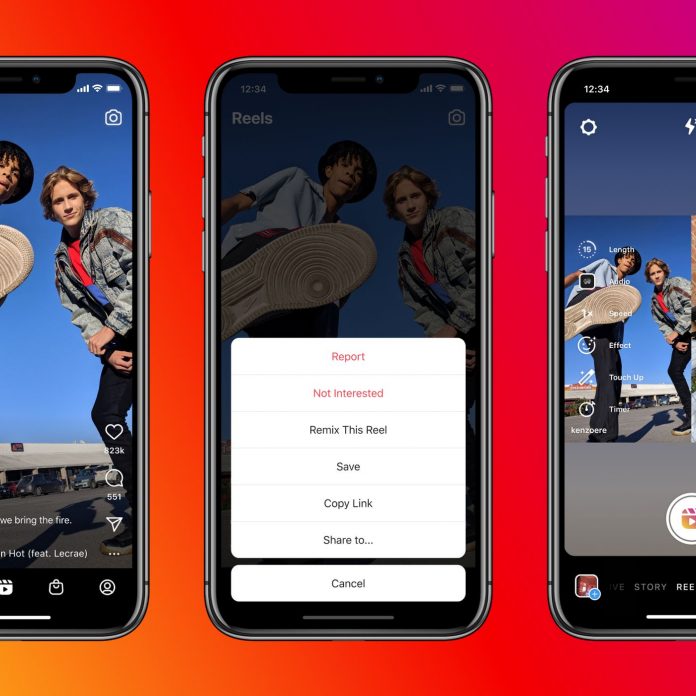 There are plenty of applications that took inspiration from Tik-Tok and Instagram is one of them. After the great success of Reels, Instagram now came up with a new additional feature and call it ‘Remix for Reels’. It is similar to the Tik-Tok duet where content creators have given the liberty to answer to a reel or pair with another content creator or give their own voice to the reel and much more.

The company said that they have launched this new feature worldwide and it has been under beta-testing. Now anyone can use the Remix feature to make duets with other content creators or they can create their own reel next to one that already exists. This new feature will give rise to new content on social media platforms and will also give an opportunity to people to highlight their hidden acting skills and another talent.

The new ‘Remix for Reels’ feature is automatically enabled for every new reel a user tries to make. If someone wishes to remix their old reels, then the user has to enable the feature manually. It is really simple to enable the feature, you just have to tap on the three-dot menu and select the ‘enable remixing’ option.

Once this option is enabled, now you can edit or remix any old reel by tapping on the three-dot that you will see on the screen and have to select ‘Remix this Reel’. After reaching this far, you will see a new screen will appear adjacent to the existing reel and then you can start making your remixes along with a lot of options.

The right window will show you the new video where you can add your own content by recording or adding earlier content from media. There are a lot of editing options that you can apply in your reel like adding effects, timer, adding audio, etc. adding audio means you can turn off the original audio and can add another audio of your choice to enhance the quality of the video.

As this will be a default option, somehow if a user doesn’t want this feature on his/her app then they can disable it whenever they want to by going to Settings, Privacy, Reels, and finally there is the last option called ‘Enable Remixing’. You have to select that option and turn off the toggle.

The company launched this new feature for both Android and iOS devices simultaneously. Let us see how many new features we can expect from the company for Reels. Like this, it will help the content creators to present a new form of content on social media platforms and give rise to new contents daily.

Trending Wedding Audios for Instagram Reels: Here in this article, we have covered the latest and most trending...
Entertainment

Vaani Kapoor uses social media to keep her fans up to date on her work. Moreover, she recently...
News

Yes! That's true, there are good chances that social media sites in India could be banned starting today...
News

An influencer is a very well known term as each one of us either follows them, want to...
News

Instagram Monthly Subscription Feature Will Be Out Soon: Priced at Rs. 89 Per Month

One of the infamous companies Instagram recently has now launched a ‘Parents Guide’ in the latest of its...
News

Instagram recently launched a new feature that will now allows you to change the Instagram color theme on...
News

Instagram and Facebook are two of the biggest giants in the Social Media Domain and they are merging...