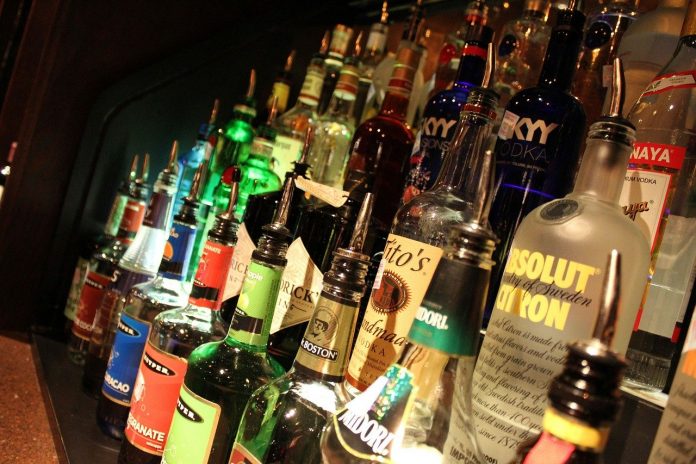 The queues outside the Liquor shops have been only increasing in number as the alcohol thirsty individuals try were trying to hoard out anything they can get their hands on. Which is something that can cause problems amidst the coronavirus pandemic where social distancing is a necessity?

This is why the government of Delhi has taken matters into their own hands and launched an online portal for the purchase of Liquor.


The process is simple and all you need to do is just visit  https://www.qtoken.in/ and get yourself a token for the same. It would ask you for details such as Contact number and Name, after which you can get a six-pack from your designated nearby vendor.

The Delhi government allowed 200 shops throughout Delhi to operate over the platform, out of which only 50 were successfully able to go through with the operation.

Not only that but, the website has been crashed a few hours ago and hasn’t been able to bounce back since then. The reason might be server overload due to too much demand. This should be something that might have been taken into consideration before launching the website.

Nonetheless, we don’t know when the website would spring back again. But, the sooner the better for many folks are waiting for their alcohol to arrive.


Also, it’s requested not to keep checking the website as it’s not going to do any good and subscribe Flickonclick, for we’d send you a notification as soon as the website is back online.

Change in the prices of liquor in different states

Moving on to the next big matter, the prices of liquor in Delhi, Uttar Pradesh, Assam, Karnataka, Chhattisgarh, Punjab, and Rajasthan saw a drastic increase as a major number of people came out on popular squares, areas and wine shops.

As the central government announced “Relaxed Lockdown”, liquor shops in these states were opened for the general public.

As a normal man enjoy being out of India’s six-week coronavirus lockdown, many states have increased the base prices of liquor in their states.

Amid the Coronavirus outbreak, different slabs of price rise have been implemented on different types of liquor. Many state government has implied the “Special corona fee” on local, national and imported liquor brands.

Reports coming from Delhi-NCR showcase that the rise in liquor price was almost 70 percent. Coinciding to the rise. Andhra Pradesh’s government rose the liquor prices up to 75 percent. West Bengal and Rajasthan also did the same by increasing the prices by 30 percent and 10 percent respectively. This hike in the liquor contributed heavily to the tax collection in a 3-day period.


Karnataka saw a huge rise in sales as the state reported a collection of Rs 242 crore from a 2-day distribution. Before the lockdown, the average for a liquor collection per day was Rs 54 crore.

Desert state Rajasthan reported a loss of Rs 41 crore per day on liquor taxation and revenues during the lockdown. Now, with the implementation of new rules and an increase in excise duty, the state government is planning to cross their usual revenue mark of Rs 15,000 crore soon.

Meanwhile, the Haryana government has also decided to levy an increase on the Indian-made foreign liquor (IMFL). As of now, an IMFL of Rs 50 will now come with a cess of Rs 2 to Rs 50 depending upon the brand.

Uttar Pradesh’s government also released a statement on the increase in the liquor bottles. As of now, the same bottle that coated Rs 65 before lockdown will now come handy to the customers at Rs 70. This sudden increase is observed in different categories also. For Indian-made foreign liquor bottles, a rise of Rs 10 will be made effective on a 180ml bottle.

A shy increase of Rs 20 on a 500ml bottle and Rs 30 on 1L is also made effective respectively. Finally, a premium liquor bottle in UP will now come with an increase of Rs 50 and if you want to import from other states, an additional tax fee of Rs 400 is to be paid. The government of Punjab is yet to finalize the hike and has stated to announce them soon.

People who are unable to afford premium liquor are in a midst of despair from the rise. And added with their pain for thirst, those who are able to buy premium or imported ones are also in the same pothole with others. Further details regarding any decrease in the liquor price hike are yet to be announced.

Previous article
List of All The Major Exams Postponed Including JEE-Mains, NEET, and More
Next article
How To Change Your Aadhaar Card Credentials In 2020
Flickonclick

Delhi Metro Grey Line (Dwarka-Najafgarh) is good to go to accomplish the Delhi-Haryana border at Dhansa this ensuing...
News

Delhi Metro Frequency to Be Normal from June 9, 2021. Latest Tweets by Delhi Metro

On Saturday, the Delhi Metro Rail Corporation (DMRC) announced that Metro services will be resumed in the national...
News

With Diwali just around the doorstep, city markets are brimming with activity. The roadways in Delhi appear to...
Lifestyle

Getting food delivered to your home after 1 AM in Delhi used to be a hassle before Zomato...
News

As Indian Railways is ready to partially resume its services from 12th May,20 it has issued new travel...
Lifestyle

The Delhi government plans to close down hundreds of liquor shops in 106 of the 272 municipal wards...