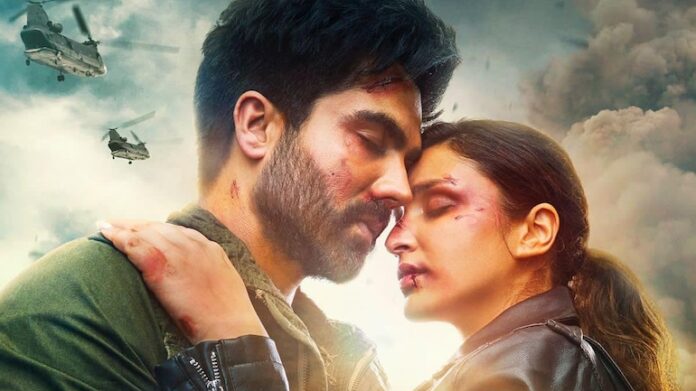 The trailer of Code Name Tiranga, Parineeti Chopra and Harrdy Sandhu starrer new Bollywood action-thriller just dropped, and we are pleasantly surprised by it. Parineeti is essaying a never before seen character from her. She is fearless, badass and above all, human in this trailer that sticks to the roots of an original action thriller. 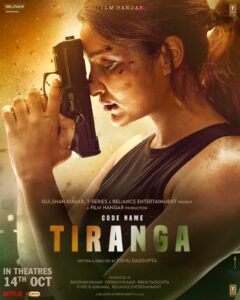 Code Name Tiranga trailer introduces us to Parineeti Chopra as Alpha One. An Indian spy who is mercilessly killing off her opponents. We learn that her real name is probably Durga and the Indian spy agency has a new unfaltering and daunting mission for her.

The scene then shifts to most likely Pakistan, where we see Parineeti dresses in traditional Muslim women’s attire. The trailer for Code Name Tiranga hints that she has successfully managed to infiltrate the enemy lines by setting up a love trap.

She uses Mirza, played by Harrdy Sandhu, to get to Omar (Sharad Kelkar) and an elusive criminal played by Dibyendu Bhattacharya, that Indian forces have been searching for 20 years. However, while playing the love charade, Durga falls in love with Mirza for real, and we see her giving a warning to her seniors that either Mirza will come back with her to India or she will no longer be part of the mission called Code Name Tiranga.

The trailer for the action-thriller also reveals that the cover of Durga Singh (Parineeti Chopra) will be blown, leading to thrilling action sequences. All in all, the trailer has nicely set up the film, and we are totally looking forward to watching it in the theatres.

The 75th Independence Day is nearing, and the Indian government is looking to celebrate the grand event in...
Entertainment

If we have to suggest a name of an actor who stole many hearts with his stupendous and...
News

Earlier this week, Hitesha Chandarnee, a social media influencer, took to Twitter a video of her getting assaulted...