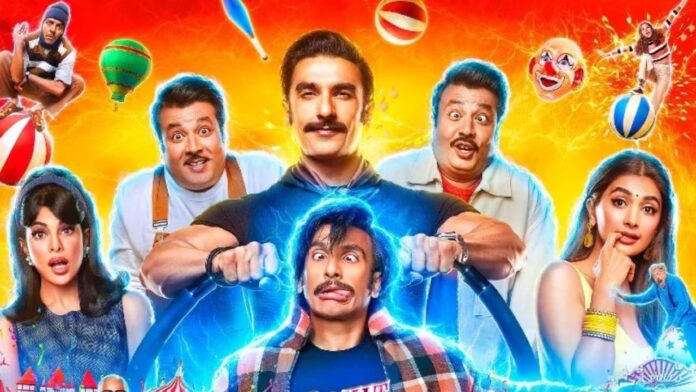 Cirkus, the Bollywood comedy movie directed by Rohit Shetty released in the theatres on 23rd December 2022 and the movie will soon release on Netflix in 2023. Cirkus stars Ranveer Singh, Pooja Hegde, Jacqueline Fernandez, Johnny Lever and more in the main roles. Here we have covered everything you need to know about the release date of Cirkus on Netflix.

The digital rights of Cirkus was bought by Netflix even before the theatrical release date of the film on 23rd December 2022. Netflix had shown keen interest in this vibrant and colourful comedy movie directed and produced by Rohit Shetty. Cirkus has failed miserably at the box office despite so much hype about the film.

Cirkus release date on Netflix is finalised to be in February 2023. According to the makers, the film has shown no growth at the box office, and pretty soon, it will make way for Pathaan, which is going to release in the theatres on 25th January 2023. Following that, Netflix can announce the release date of Cirkus anytime on its platform.

Let me ask you a question, do you still watch TV, or do you prefer OTT platforms like...
Entertainment

The thrilling web series Squid Game which quickly became the most popular show on the OTT platform after...