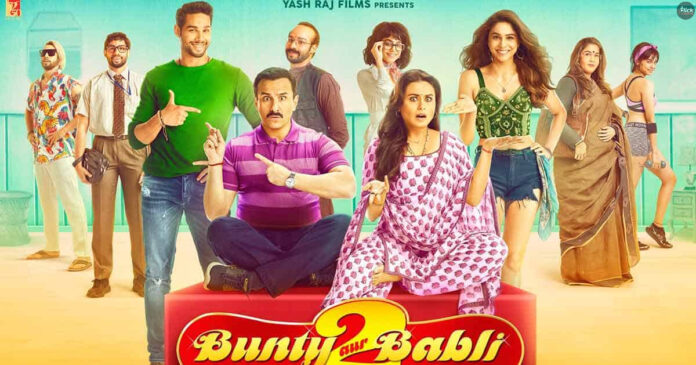 It was 15 years ago that Bunty and Babli’s con-journey came to an end and settled down as an ordinary middle-class couple in Fursatganj, Uttar Pradesh. Fans thought they will not get to see them again, but who could have imagined that they will be getting a sequel out of nowhere.


In this sequel, we will absolutely miss Abhishek Bachchan who played the role of Rakesh Trivedi. In place of Mr. Bachchan, we will get to see Saif Ali Khan in action. In addition, Rani Mukherji is back on the screen and playing the role of Vimmi Trivedi. 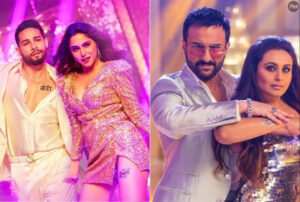 After becoming a commoner, Rakesh is now a ticket collector and Vimmi is a happy middle-class housewife who is carrying on the retro trend. The couple is now living a normal and happy life, but Bunty and Babli’s life has always been complicated. This time too, the couple encounters police after they discover that someone is misusing their con names.

In the film, Siddhant Chaturvedi (Kunal) and Sharvari Wagh (Sonia), two engineering pass-outs are pretending to be the new-age con masters, both of them are absolutely confident in their respective characters, and done a pretty good job with their given roles. Another person who makes the movie more enticing is none other than Pankaj Tripathi who is playing Inspector Jatayu Singh. We can never expect less from this phenomenal actor.

Most of the credit can go to his stupendous dialogue deliveries and on-time comic punches for saving the film before turning into a complete flop movie. The chemistry of Saif and Rani could not excite the audience as earlier pairing did.We definitely missed a popular hit number like ‘kajra re’ in the film as there is no such song in Bunty aur Babli 2.  There were some jokes that didn’t seem original and felt they were imposed unnecessarily.

The Director, Varun V. Sharma deviates the film from its plot in the first 30 minutes. Not only this, as the story advances, the more film gets sloppy. Fans seem to be a little disappointed as the spark was missing in the characters. Most of the jokes were a little pushy and unnecessary as compared with the previous part.

Bringing back the trio Shankar-Ehsaan-Loy was the best decision that the team made. Unfortunately, their songs were not enough to save the sinking ship. It is always expected that the entertainment quotient should rise in a story but the reverse happened in this film as we witnessed a domino effect where everything shatters one after the other.


Luv Ju was the only song that meets the expectations, other than this the remaining didn’t land well. These songs have no comparison with the classic songs of the original drama.

Bollywood Actors and Actresses put in huge efforts to portray their characters, even modifying their bodily shapes. It's...
Technology

The AirPods 3 were ultimately unveiled on Monday, October 18th, during Apple's Unleashed event, which was live-streamed from...
Entertainment

Family Man Season 2 Review- If you have been sitting tight for the second season of 'Family Man'...