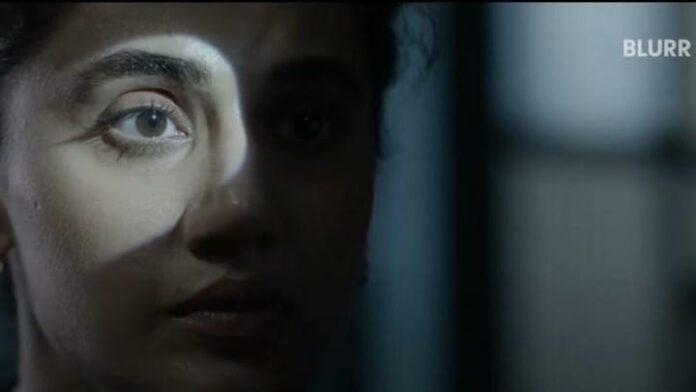 Blurr Theatrical Release Date: 9th December 2022, OTT Release Date: January 2022, OTT Platform: To be announced, Cast: Taapsee Pannu, Gulshan Devaiah and Kruttika Desai. The movie is a horror thriller that aims to bring a unique story to the theatres. A trailer of the film was recently released, and it was well received by the viewers and critics. Here we have covered the Blurr OTT Release Date, OTT Platform and TV Rights.

The OTT release date of Blurr is not yet confirmed by the makers of the film. However, we are expecting the movie to release on an OTT platform in January 2023. The producer Taapsee Pannu, Vishal Rana and others will have the last say about the OTT release date of Blurr. Generally, a mid-budget film takes about 30 days to be released on the OTT platform. The same can be true about this film as well.

Blurr is a horror drama that will follow a blind woman who tries to hand herself. However, at the last moment, she decides to change her mind but then the table on which she was standing somehow moves away. Miles away her twin sister feels an uneasy sensation.

If you find this article about the Blurr OTT Release Date and OTT Platform helpful. Do share it with others.

Brahmastra Part One: Shiva is going to release in theatres on 9th September 2022. However, the fans are...
Entertainment

The variety of movies and TV shows available on OTT services is limitless. Choosing what to enjoy watching...