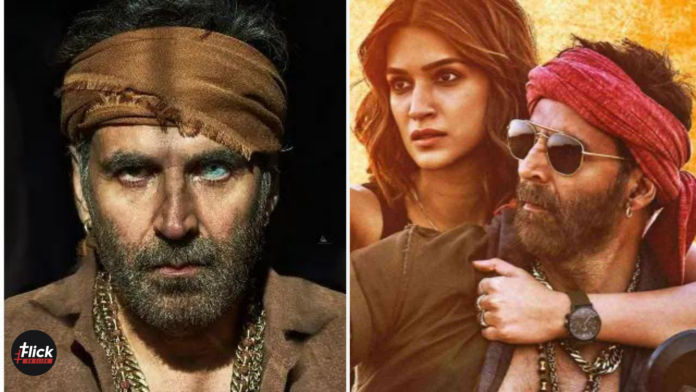 There’s no doubt that Akshay Kumar’s movie looks have gone on to create trends over the years. And fans were awaiting the major unveiling of his look in Sajid Nadiadwala’s big-ticket film of this year, ‘Bachchan Pandey.’ The movie also casts Kriti Sanon, Jacqueline Fernandez, and Arshad Warsi.

We don’t want to keep you waiting, so here is all we know.

The wait is now over as the trailer for the much-anticipated film Bachchan Pandey was released today, February 18, 2022. Even before the trailer was published, the film’s creators unveiled a poster that increased expectations. After seeing the trailer, Akki fans declare that the film is a smash hit and takes the internet by storm.

Also Read: Six Upcoming Movie Releases of 2022 Which You Should Definitely Watch

Perhaps, the title of Akshay Kumar’s next film, previously known as ‘Bachchan Pandey,’ has been changed to ‘Bachchhan Paandey.’ In addition to disclosing the new spelling of the film’s title, the producers have released a new poster showcasing the celebrity.

Initially, it was agreed that Bachchan Pandey would adhere to the March release date. Still, instead of going theatrical, it will be available on OTT. a reports it; it was an overnight decision. After all, there is still uncertainty about the reopening of theaters, and capacity rules and night limitations were still a source of concern.

It also made sense Akshay Kumar has seen two big hits just in the period of this pandemic.

His movies continued to be top-rated films in 2021. Later, in December of last year, his Atrangi Re also did well on OTT. As a result, Bachhan Pandey is set to release on March 18. Because of such a fantastic response to the trailer, it is now being referred to as a blockbuster hit by some.

Akshay Kumar was debuted to audiences as Bachchhan Paandey in the 2008 movie Tashan, and in those few...
Entertainment