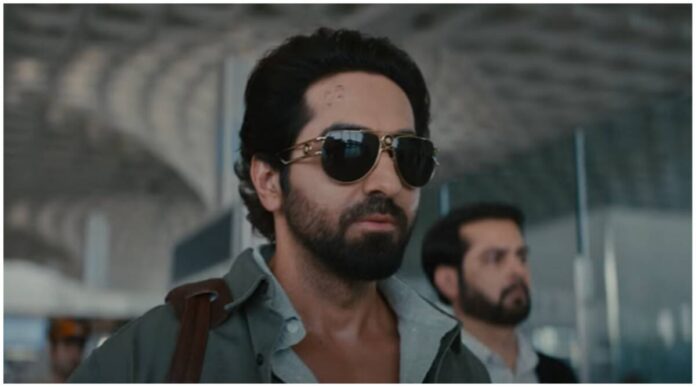 An Action Hero Theatrical Release Date: 2nd December 2022, OTT Release Date: February 2023, OTT Platform: To be announced, Cast: Ayushmann Khurrana, Jaideep Ahlawat. The movie is an action drama that will follow the life of an icon who goes into hiding. A trailer of the film was recently released, and the viewers and critics well received it. Here we have covered the An Action Hero OTT Release Date, OTT Platform and TV Rights.

Similar to the OTT release date, the OTT platform for An Action Hero has not yet been finalised. However, Amazon Prime Video and Netflix are the frontrunners in securing the digital streaming rights of the film. We will update this article as soon as we get an update about the OTT release date and OTT platform for An Action Hero.

An Action Hero is a film that will follow Ayushmann Khurrana in a never before seen avatar. He is going to play a 30-year-old superstar who has achieved it all. However, one day on a shoot he gets caught up in an accident which changes his entire life. The film is directed by Anirudh Iyer.

If you find this article about the An Action Hero OTT Release Date and OTT Platform helpful. Do share it with others.

Get ready for a month full of entertainment as February 2023 promises to be packed with an array...
Entertainment

In recent years, there have been some radical changes in Gujarati films. Dhollywood has so far entertained the...
Offers

ZEE5 has introduced ZEE5 Premium subscription plans in 2021,Zee5 has promised never to stop surprising its audience with...