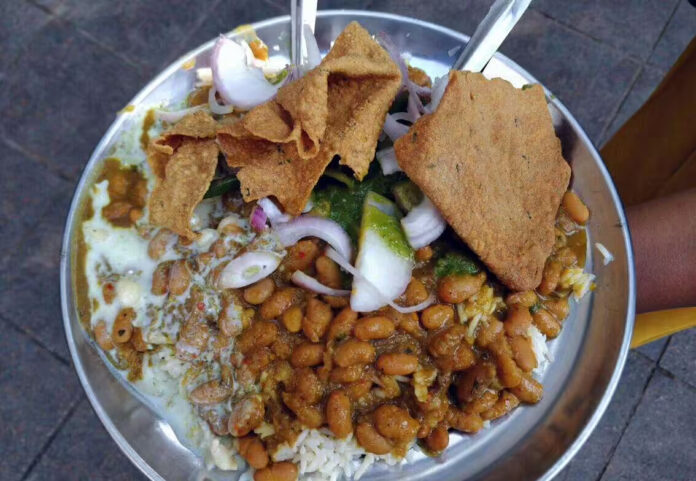 We all may disagree on many matters of the world, but one thing on which we can all agree is that the best Rajma Chawal can only be found in Delhi NCR. The magical dish that is making us forget our worries for countless days and months is available in all the nooks and corners of Dilwalo ki Dilli. The best Rajma Chawal places in Delhi NCR will make you drool over the taste and fragrance. The gratifying dish will always leave you craving more. Let’s discuss in detail a few places that have the tastiest Rajma Chawal in the capital city. 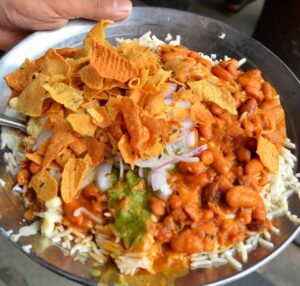 Located in the heart of Delhi, Parashar Food has been serving the best Rajma Chawal in Delhi for countless years. The shop has become a haven for Rajma Chawal lovers. People from all parts of Delhi can easily reach this place due to the well-connected metro rails. In addition to Rajma Chawal, they serve chole bhature, kadhi chawal and other Indian dishes, but nothing comes even close to their marvellous Rajma Chawal. One can smell the fragrance of Rajma from 20 feet away at this place. They charge ₹80 for one plate of Rajma Chawal. There is no seating place, but we all know no one really cares about that in Delhi. Give us great food and make us stand for a few hours; we Delhiites don’t care, do we? 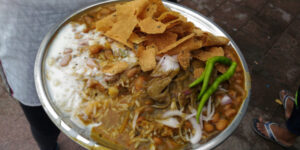 Bittu Ji Rajma Chawal Wale will fill your stomach with the tastiest food ever at a very reasonable price. The stall serves everything from Rajma Chawal to kadhi chawal to chole chawal and much more. However, similar to Parasar Foods, their Rajma Chawal are just unmatched. Easily one of the best places to have Rajma Chawal in Delhi NCR. You will be surprised to know that you can eat a full plate of Rajma Chawal at just Rs 50 at this place. So, what are you waiting for? Make a plan with your friends to have a hearty meal with Bittu Ji. 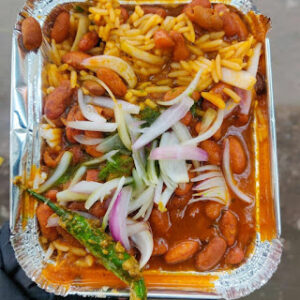 What makes a dish taste even better which is already perfect? The answer is simple the love and heart poured into the food by the cook. Rajma Chawal Junction is famous for its friendly culture. Here you can just sit back and have a chat with your Punjabi uncle about anything or talk with your friends about all the worldly issues. They should rename their place as relaxation junction. Such service and manners are hard to find even at the most expensive hotels and restaurants.

Also Read: Top 10 Samosa Places You Should Visit During the Monsoon in Delhi Sarita Kashyap is giving us major life goals with her career choice. She loves what she does and that makes her Rajma Chawal all the more tasteful. She keeps a banner on which apnapan is written that will definitely bring your old memories with your pals. You can have a cool chat with her while having one of the best Rajma Chawal in Delhi NCR. 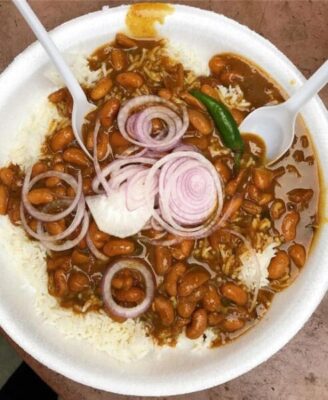 Mahakaal Rajma Chawal is the perfect Indian food van that will satisfy all your taste buds. You can eat the best Rajma Chawal in Delhi for just Rs 30. For a full plate, you would have to spend Rs 50, which by no means is expensive in this economy. Mahakaal’s Rajma Chawal are indeed Bhaukaal. Such taste and aroma are hard to find at any other Rajma Chawal place in Delhi NCR. 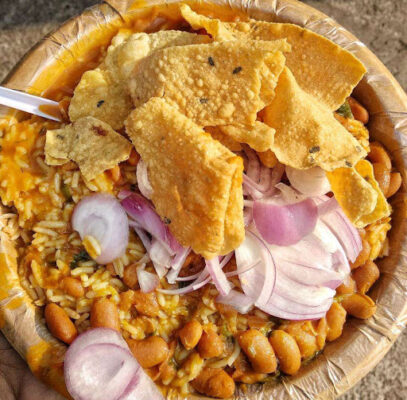 One of the best places in CP to eat is Rajma Chawal. They serve the best food at such low cost that you will be stunned. However, if the price alone won’t stun you, then don’t worry. Their out-of-the-world taste will surely bring back all the memories of Rajma Chawal you have. Jain Chawal Wale starts serving the people as early as 4:30 AM in the morning. Punjabi people and their cooking skills are just extraordinary. Prem Di Hatti in Rajouri Garden is a famous Punjabi food joint where you have one of the best Rajma Chawal in Delhi NCR. The thick Rajma is just so amazing and money-worthy that you will visit this place again and again whenever you think of Rajma Chawal after eating at this food joint. 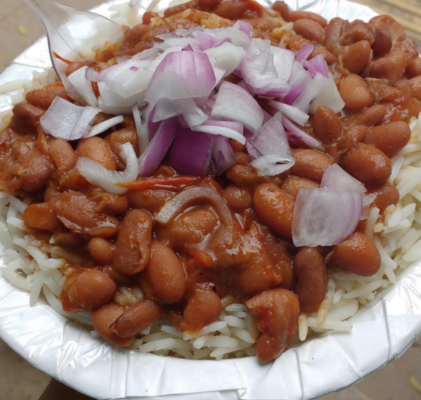 Faculty of Law Students in Delhi Unversity are fortunate if you ask me. They have the choice to eat Raju Bhaiya’s Rajma Chawal regularly. You must go there to have the best Rajma Chawal in Delhi whenever you visit Delhi University next time. Visiting this place should be on your to-do list as you will want to visit again and again after having the wonderful Rajma Chawal. 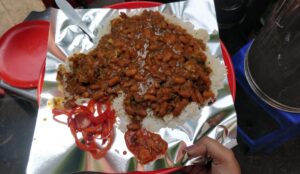 The Rajma Chawal Shop in Taimoor Nagar is a lovely place to feed on the best Rajma Chawal in Delhi NCR. The Shop serves Rajma Chawal with papad and heavenly green chutney. The intense flavours of Rajma, the subtle sweetness of rice, the tanginess of green chutney and the crispiness of papad is just a heavenly combination.

No matter where you stay, you need fun and adventure in your life. People always want some adventure...
News

With Diwali just around the doorstep, city markets are brimming with activity. The roadways in Delhi appear to...
News

The festive season along with the festival of lights where usually we have been observing a high range...
Lifestyle

Delhi is a heaven for foodie people with several cafes, eateries, street food, clubs, and bars where one may spend time...
News

It's that season of the year when you might get the craving for eating something nice, and what...
Lifestyle

Planning to take your loved ones for a romantic dinner in these romantic restaurants this Valentine’s? Then you...
Lifestyle

Do you love Chicken Shawarma and want to eat the best that you can find in Delhi NCR?...
Lifestyle

Everyone's favorite time of year has arrived, and it's officially here! Dandiya nights are one of the numerous...