WhatsApp is developing many new features in 2023 to keep dominating the online messaging market. 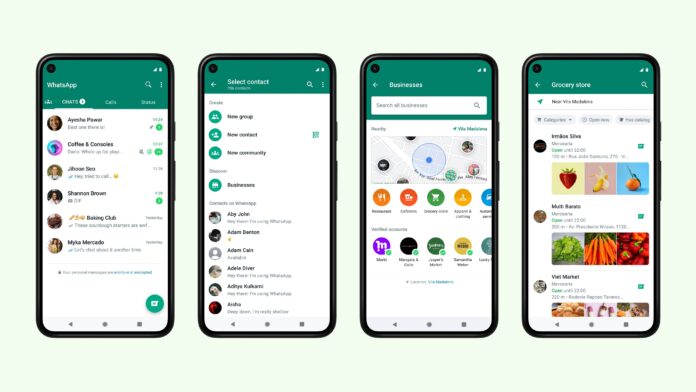 Whatsapp 2023 Features: WhatsApp, the most popular messaging platform in the world, introduced several new features like deleting messages, create a community, video chatting with up to 32 people and more. However, there are certain specifications that people still crave. Telegram and iMessage are much ahead of WhatsApp when it comes to features, and the company owned by Meta needs to develop exciting new features in 2023 that can help it add more users to its platform. We expect some of the most awaited features to finally be added to WhatsApp in 2023.

WhatsApp still does not all you to edit messages after sending them. One must retype the whole thing if a few mistakes are committed in the earlier messages. People are surely annoyed with WhatsApp that an edit message feature is still not available on the messaging platform. However, according to industry sources WhatsApp is likely to beta test the edit message feature in the first quarter of 2023, and one can expect it to roll out entirely by the end of July 2023.

Several messaging platforms have already introduced this feature, and WhatsApp is clearly lacking behind. But a confirmation has come from WhatsApp regarding this particular feature, and you can certainly hope to see it roll out in 2023.

WhatsApp is reportedly working on this feature in 2023, and you can expect it to roll out before June 2023. This feature will allow a sender to undo deleted messages. This is certainly a handy feature that people will certainly appreciate as we often end up making rash decisions and deleting messages we did not want to.

One can already report a chat on WhatsApp if a person finds a particular chat to be breaking the rules and regulations of WhatsApp. In 2023, WhatsApp users will now be able to report even the status of users if they find it offensive.

WhatsApp is likely working on a call recording feature. This can turn out to be a controversial feature as many people may misuse it. However, this feature can also be beneficial for people whose most of the work is done through calls.

All of these WhatsApp features are in the works and at the debatable stage where they can be abandoned if found not helpful for the people. Which WhatsApp 2023 feature are you most excited about?

How many hours a day do you dedicate to WhatsApp? Well! Don't start counting now as most of...
Technology

The "media visibility" option for vanishing chats on WhatsApp for Android users is now likely to be turned...
Technology

Want to get away of that irritating WhatsApp mate who sends you good morning texts, and irritating messages,...
Technology

If you have not heard WhatsApp is launching communities, a new feature to help the users organize their...
Technology

iPhone devices are loaded with features and mainly offer ample internal storage, which can store loads of videos,...
News

Whatsapp is seemingly attached to our lives and its the main source of communication for many, it even...