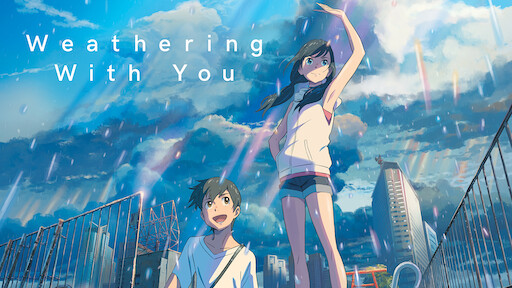 The  Japanese film festival 2019 took place from 27th August to 6th October in Delhi and Gurugram where a huge crowd showed up for the event. The event covered screenings of movies that made a mark in Japanese theatre and were critically acclaimed. The event was organized for spreading awareness about Japanese culture and also, for majorly the screening of Japanese movie ‘Tenki No Ka’ by Director Makato Shinkai which translated as ‘Weathering with you’ in English.


The story goes back to about half a year back when legendary Japanese director released yet another of his masterpiece ‘Tenki No Ka’ and in no time it became the most grossing anime movie ever made. This made anime patriots in India a little overwhelmed as they were not going to get a chance to watch the same on big screens and eventually pirate it from any third party site. So, in light of the events a petition to release ‘Tenki No Ka’ started circulating from one Indian anime enthusiast to another and soon a chain of events happened leading to the petition achieving the required success rate.


The director himself was overwhelmed with the response from the Indian anime community and decided that he should take necessary steps, so as not to let down his fans. Later on, Vakao, a PVR backed organisation which helps people create screenings for any movies they would want to watch on the big screen and the Japanese Foundation joined hands. They decided to do a rain check and hold a screening of the ‘Tenki No Ka’ on the very first day of the festival.


Makato Shinkai himself flew from Japan to India to address the Indian audience and he participated in the Q&A session along with the screening of the movie and a small cultural program followed by a press meet. The passes to the movie were distributed for free and there were a special invitations send out for a selected few, who enjoyed the first show and that too in I-Max 4D theaters after which they also got to meet  Makato Shinkai and interact with him.

The whole experience was wonderful and quite encouraging for fans of international movies and arts. Usually, change is not accepted with an open heart according to Indian standard but this time it was different. It was not only accepted but celebrated too and on a quite big scale.

The movie ‘Tenki No Ka’ will be released in Indian theaters on 11th October 2019 and this was only possible due to the efforts from a lot of people who want to have cultural diversity and break social norms in India. This is a great first step and there is more to come in the near future. This marks the first time that any Anime movie would touch the screen of Indian theaters, so be sure to mark the date and be there for the event.


Previous article
Sitcoms that can crack your funny bone.
Next article
Jennifer Anniston Might Have Told Us About the New ‘Friends’ Movie Already.
Flickonclick

Shoojit Sircar is one of the most iconic directors of Indian cinema. He is formally known for capturing...