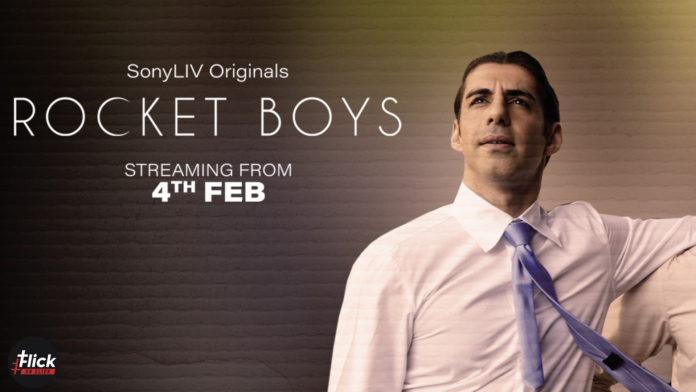 After years of watching western creations like ‘A beautiful mind’ and ‘Imitation game,’ we have had a longing for such innovations in-house. Thanks to the rise in the OTT platforms, the new age creators have finally had a space to make more brain-tickling movies and shows. Rocket Boys, a recently released 8 episode series, is one of those.


The scientific and political jargons flow perfectly into the discussions in the show. Consequently, the series transports us to a time when a cattle cart-driven nation was striving to take a step forward. The aroma of chalk and a sense of adventure pervade the classrooms, labs, equipment, and entire ambiance.

This show has left its fans in need of more shows like this. And were here to the rescue. Here are five shows you should look out for if you love Rocket Boys.

Murderville is unlike any other criminal comedy show because of its unique narrative. Each episode offers a new murder case that Senior Detective Terry Seattle of the Homicide Division investigates. In fact, what distinguishes it is that each episode has a different celebrity visitor as his companion.

The fun part is that the companion isn’t given a screenplay. Therefore he must improvise to solve the case. On the whole, this show is not to be missed if you’re looking for shows like Rocket Boys.

Tigmanshu Dhulia’s characteristic flair has been peppered throughout ‘The Great Indian Murder’. This murder thriller is based on ‘Six Suspects.’


The assassination of an industrialist and the son of a minister at his party. Consequently, a DCP and a CBI investigator are tasked with investigating the death. Leading to a year-long inquiry. Indeed, the show has done a number on its fans.

Avantika, Bhagyashree’s daughter, makes her acting debut in this series. In addition, the series also features Huma Qureshi in the lead. This series tells the battle between a Hindi literary professor and her pupil (Avantika Dassani).

This gripping series is full of exciting narrative twists. ‘Mithya’ also stars Parambrata Chattopadhyay, Rajit Kapur, and Samir Soni insignificant parts, in addition to the two female characters. To sum up, this is a must-watch to tickle your mind a little.

The web series cast features Sudhanshu Rai, who portrays Detective Boomrah and directs the show. Detective Boomrah is a one-of-a-kind take on the sci-fi genre while also reinvigorating detective cinema on the Indian screen. Furthermore, The series follows Detective Boomrah and his partner, Sam, as they travel to Ropam Haveli in Rajasthan to investigate the case of a guy who inexplicably appears in a locked chamber. Overall, the show is a delight for viewers seeking sci-fi and shows like rocket boys.

Also Read: List of new shows and movies released on OTT you should watch

With this exciting online series, Madhuri Dixit will make her OTT debut. The web series tells the story of Anamika, a famous Indian actress played by Madhuri. She disappears, and consequently, the search for her reveals some disturbing aspects about her life and family. This program, created by Sri Rao, offers a healthy blend of drama, emotions, and mystery.


Previous article
10 Bollywood comedy movies that will make you Giggle out loudly
Next article
The Fall Of Ashneer Grover: From Recorded Call To Exiting BharatPe
Flickonclick

Prepare yourselves, Marvel lovers. "Doctor Strange in the Multiverse of Madness" reaches theatres on May 6, 2022, and...
Entertainment

During the lockdown, we binge-watched every single popular show on OTT platforms. As a result, we have all...
Entertainment