Solar Eclipse 2020 in India: Date, Time and How To Watch The Eclipse? 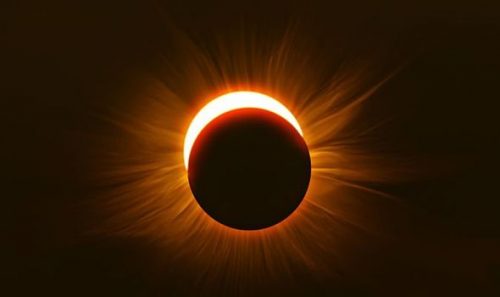 This year’s first solar eclipse or the annular solar eclipse will be coming on this Sunday on June 21, 2020 in India. The reason why it will be a great view to look at is the very reason that it will be an annular eclipse and will be forming a “Ring Of Fire”.

Now, the special part is that this alignment allows the moon to cover the Sun from the center and leave a ring of light on the boundary. This ring of light ought to be seen as the “Ring Of Fire” in the sky for quite some time. 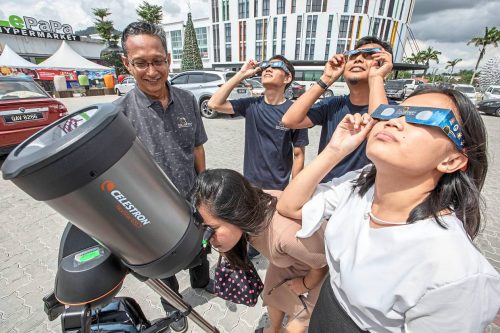 Some Interesting Facts About The June 21 Solar Eclipse

This eclipse will share its day with India where we will be marking our 6th anniversary on International Yoga Day.


The June 21 solar eclipse will be the last solar eclipse to be seen from India. The next one  for the Indian residents will take place after 28 months on October 25, 2022.

The total solar eclipse will last about 30 seconds. Before and after that, only the crescent shape of the sun will be visible to us.

When Can I Watch The Solar Eclipse in India?

The June 21 solar eclipse event will start at 9:15 am IST. According to timeanddate.com, the full eclipse will start from 10:17 am. And the maximum eclipse will occur at exactly 12:10 pm.

The solar eclipse will end at 3:04 pm in the country, leaving with a total duration of approximately six hours. It is to be noted that these local times have been calculated based on the region of Kolkata. So, variations could occur.

Where Can I Watch The Solar Eclipse in India?

According to the source, this rare solar eclipse will be visible in Rajasthan, Haryana, and Uttarakhand. The rest of our country will observe a partial solar eclipse at their particular time slots.

Some of the places such as Chamoli, Kurukshetra, Dehradun, and Sirsa will be fortunate enough to see the total annular eclipse. Here, the obscuration (Moon covering the Sun) will be in the range of 93 to 99 percent.

For other countries, some parts of Africa and Asia, the northern part of India, southern Pakistan, China, Central African Republic, Congo, and Ethiopia could be seeing the astronomical event.

How Can I See The Eclipse?

Viewers are advised not to see the eclipse with their bare eyes. Readers can use a special telescope, or eclipse goggles to avoid any harm. Simply put, they can also take up an old or unusable X-Ray sheet to observe the event.

Previous article
Foods To Avoid Bloating in Stomach And Their Alternatives
Next article
Whatsapp Down: Whatsapp Last Seen and Privacy Settings
Flickonclick

December is the official holiday season of the year. With festivities around the corner but not with OTT...
Technology

Samsung F23 5G: Price, Specs, Features and all you need to Know

33 Tamannaah Bhatia Hot and Sexy Pics You Should Definitely See!

Tamannaah Bhatia is a hot and sexy Indian actress who has made a name for herself with her...
News

JioMart Review- Mukesh Ambani's Reliance JioMart has a rocky start in India. Many new users have reported getting...