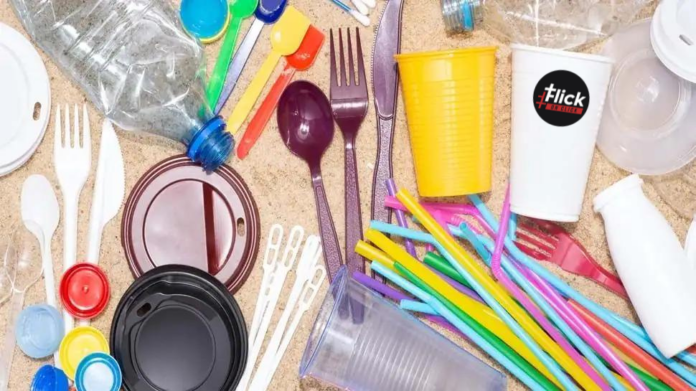 The Central Pollution Control Board has given all states until July 1 to implement the prohibition. Earbuds, flags, candy and ice cream sticks, decorative thermocol stirrers, wrapping films, mugs, glasses, and silverware will all be banned.

With the Central Pollution Control Board (CPCB) announcing a ban on single-use plastic items effective July 1, India may soon say goodbye to them. The pollution watchdog has issued letters to producers, stockists, and e-commerce sites to ensure that certain items are no longer utilised or supplied in order to achieve this goal.

Earbuds, flags, candy and ice cream sticks, ornamental thermocol, PVC banners less than 100 micron thick, stirrers, wrapping films, mugs, glasses, and silverware, among other products, will not be allowed, according to the CPCB. From December 31, no plastic carry bags less than 120 micron thick can be used. As India prepares to implement this blanket ban, here’s a primer on single-use plastics and why they’re bad for the environment. 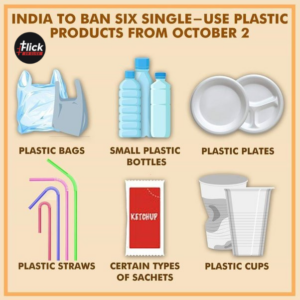 Single-use plastics, often known as disposable plastics, are only used once before being discarded or recycled. Plastic bags, straws, coffee stirrers, soda and water bottles, and most food packaging are examples of these goods. In India’s Plastic Waste Management Amendment Rules, 2021, single-use plastic was defined as “a plastic commodity designed to be used once for the same purpose before being disposed of or recycled.”

The ‘Report on Single Use Plastics’ was produced by an expert committee formed by the Department of Chemicals and Petrochemicals. Plastic items were classified in this analysis based on their environmental impact and utility, with the lowest utility and largest environmental impact being suggested for phase-out. Thin carry bags (less than 50 microns); non-woven carry bags and covers (less than 80 gsm and 320 microns); small wrapping/packaging films; straws/stirrers; cutlery such as foam cups and bowls; earbuds with plastic sticks; cigarette filters; small plastic bottles; plastic banners; and other products are among them. 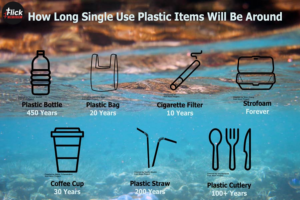 Plastics have been identified as a key contributor to global and Indian pollution levels. According to the UN Environment Programme (UNEP), 50% of all plastic produced is intended to be used once and then discarded. According to UNEP estimates, the world produces over 300 million tonnes of plastic garbage each year, which is nearly equal to the whole human population’s weight.

Since the early 1950s, researchers estimate that more than 8.3 billion tonnes of plastic have been manufactured. Approximately 60% of the plastic has ended up in a landfill or in the environment. Only 9% of all plastic debris produced throughout history has been recycled. Only about 12% has been burned, with the remaining 79 per cent ending up in landfills, dumps, or the natural environment. In addition, every year, 8 million tonnes of plastic wind up in the world’s oceans.

According to the Central Pollution Control Board, the country generates an estimated 25,940 tonnes of plastic garbage per day, which is equivalent to 1,030 truckloads at 25 tonnes per truck. Former Union minister Prakash Javadekar told the Lok Sabha in November 2019 that 15,384 tonnes of plastic garbage, or approximately 60%, is collected and recycled, while the remaining 10,556 tonnes goes uncollected and scattered in the environment.

Previous Similar Bans In India Before Single Use Plastics 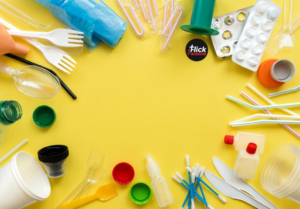 In 2019, the Himachal Pradesh government issued a fine of Rs 25,000 for littering or selling single-use plastic cutlery in the state. The state government outlawed the usage and sale of single-use plastic cutlery composed of non-biodegradable plastic. In 2009, Himachal Pradesh became the first state in the country to prohibit the use of plastic bags. Since then, the state administration has been working to eliminate plastic trash in the state’s cities and rural areas. Maharashtra banned single-use plastics completely in 2018. However, it failed to take hold due to a lack of public knowledge, industry pressure, and a lack of feasible alternatives.

While India should be commended for making the courageous decision to abandon single-use plastic, it cannot be the only solution to plastic pollution. According to experts, the general public needs to be made aware of the problem and given more cost-effective solutions. Environmentalists agree that the prohibition alone is insufficient and that it requires other initiatives and government regulations. This means that product producers should clearly label the sort of plastic used so that it may be recycled properly.

Best ways to protect yourself from gaining weight this winters

Winters is all about staying in and enjoy the warmth of the comforter. But unfortunately, winter is also...
Zodiac

Typical Personality Traits of a Capricorn: Everything You Need to Know About Them

Capricorn people are born between December 22nd and January 20th, and they do belong to the earth element...
News

Tomato Flu Spreading in Kerala: Know Cause, Symptom and Treatment

Tomato Flu, a viral disease, is running rampant in Kerala, with over 7 dozen kids below the age...
Entertainment

Have the weekends gone back to being shut away from the world, cooped inside your room? Don't sweat...
Technology

Waiting for the month-end salary to get credited to your bank account so you can replace your current...