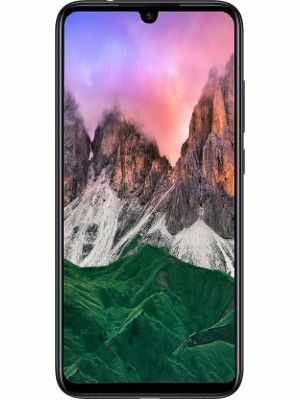 The Redmi 8T has been launched in the European market and after the successful launch of its predecessor Redmi 8, there are chances that the device might hit the Indian market soon. The price tag for the Redmi 8 upgrade has bee set to a minimum of  EUR 179 (Rs 14,000 approximately) and comes in two other variants also with slightly different hardware and a raised price.

The upgraded Redmi device has a new quad-camera setup with a primary camera of 48-megapixel with another 8-megapixel, 2-megapixel, and another 2-megapixel camera sensor for Ultra-wide, Telephoto and Macro shots.

The front holds a camera of 13-megapixel and is capable of taking pretty decent shots during the daylight as well as in low light too.

The primary camera has an inbuilt Samsung GM1 sensor with an f/1.79 six-piece lens which delivers a pretty decent output while clicking photos.

The device has three variants and out of those one has a 3 GB RAM and the other two have 4 GB’s of RAM.

The new Redmi has a Qualcomm Snapdragon 665 AIE SoC which is more than capable to handle all the heavy workload and excels at multitasking.

Adreno 610 GPU onboard graphics chip is also embedded for extended performance while working on graphic related tasks such as playing games like the more than ever-popular PUBG.

The current and latest version of MIUI 10 powered by Android Pie is preinstalled on the device and there are chances that we will soon see an update for the new firmware.


The beta testing for the new MIUI 11 has begun but will be fully launched till the second quarter of the next year. But still, the MIUI may not receive the frequent updates as stock android but gets a ton of other features.


The phone packs a decent battery of 4000 mAh and can last for a full day on a single charge. The fast charge support is also provided and there is an inbox 18W fast charger that is being shipped with the box itself, so one needs not to purchase the same externally.

The Redmi 8 was launched in India just a few weeks back and an upgrade is already out for the same. The sale for the new Redmi 8T will start from 13 November in France and other regions of Europe where it is planned to be launched.


Redmi devices have been capturing the lower end of the market since the very beginning of their existence. This device is marked a little over the price mark for a Redmi lower-end device judging by the fact that the top model costs almost equal to their new flagship K20 device.

Besides all the facts, we may never know what Xiomi has in the bag for us until they plan to launch their device for the Indian market.