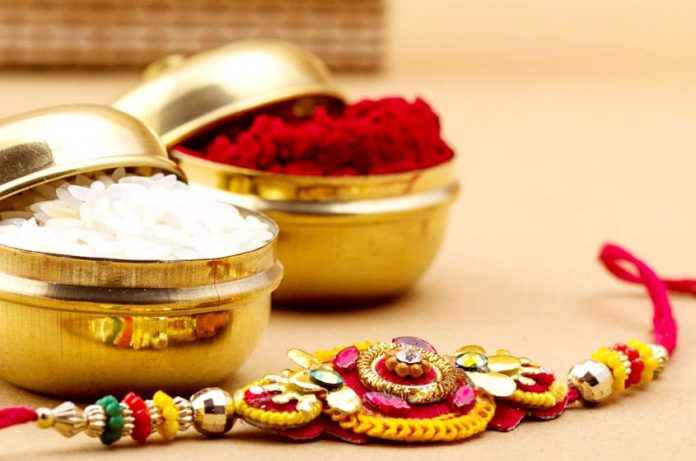 Rakshabandhan is just around the corner and the brother-sister duo’s are ready to celebrate a whole day dedicated to their relationship. Now, just like any other Indian festival, Rakhi does bring a different vibe all together as well.

The tying of sacred thread ‘Rakhi’ by a sister on her brother’s wrist is a symbol that she trusts him with her life. And that the brother is ready as well in order to protect her beloved sister in case if she’s ever in trouble.

These gender dominated roles were mostly a thing of the past and we don’t think that only brothers are supposed to act as protectors or that sisters need only protection. That’s why a shift has taken place. And nowadays, it’s more like a celebration of companionship or that sacred brother-sister relation that we have.

If you’re someone who doesn’t have a brother or a sister or have a same-gender sibling, then also we do celebrate the festival with the same enthusiasm.

And well! This year Rakshabandhan falls just one day after the friendship day, which is what a sibling relationship seems like, an annoying yet best friendship we ever get to have.

Now, because we are Indians, we used to do some things in traditional things even today. Such as following Muhurat for Poojas or ceremonies. Which is why we thought that you would like to know the Rakhi Muhurat as well. 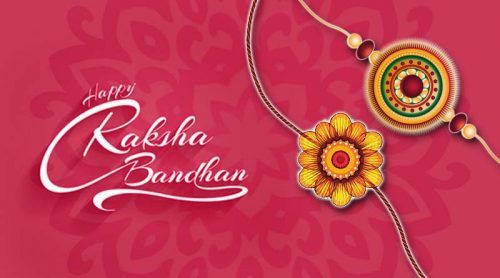 The time-stretch signifies that you almost have the whole day for getting to indulge in the Rakshabandhan celebration. And well! the date suggests that it’s tomorrow.

So yeah! sisters are ready to get treated with chocolate boxes and a whole other set of gifts that you’re gonna be getting from your brothers.

Mostly everyone who is reading this might already be aware of why Rakshabandhan is celebrated. And in the above segment, we’ve told you all that as well.

But, somehow it goes a little beyond that as well. Now, time for a little story from Mahabarat.

So, once Lord Krishna injured his finger and it starts to bleed. Now, his wife who was standing by him ordered someone to get a bandage as soon as possible.

While all this was going on, another bystander Draupadi couldn’t control herself and tore off a piece from her Sari and tied it around the bleeding area.

This was a moment Lord Krishna couldn’t forget, the kindness he received, he had to repay. And that’s when he said that if she ever needs him, he’ll be there for her.


This is why Lord Krishna appeared for Draupadi while she was being humiliated in front of that public by the Kauravas.

So, that’s the story of how Lord Krishna protected Draupadi after her tying a cloth around her hand. This is what signifies the tying of Rakshabandhan as being a symbol that the brother will protect the sister in case something happens.

Previous article
Home Minister Amit Shah tested positive for coronavirus, admitted to hospital
Next article
Here Are Ways To Get Back Your Lost Aadhaar Card
Flickonclick

The board exam dates have been announced by the Central Board of Education (CBSE). Also, the dates of...
Finance

The Companies Act, 1956 broadly classifies the companies into private and public companies and provides a regulatory environment...
Technology

Graphic designs have become so valuable for businesses nowadays that one might argue that visuals have become more...
News

It has been confirmed that there will no “Chakka Jam” or any road blockage today in Delhi, Uttarakhand,...
Entertainment

Chefs who can turn even the most absurd of ingredients into something exciting to see and delightful to...
Entertainment

Prateek Kuhad is a singer and Indian musician who makes independent music in Hindi and English. He is...